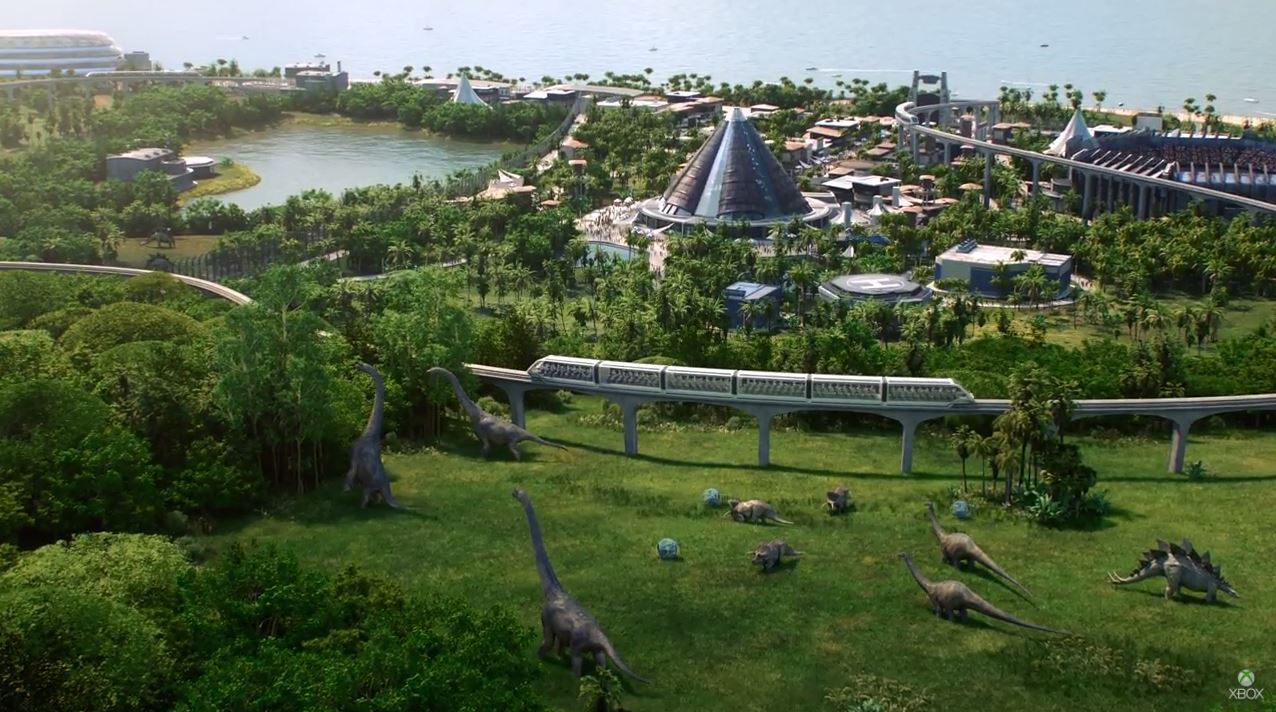 See if you can't manage a version of Jurassic Park that doesn't turn into a disaster in this new game.

Frontier Developments, the studio behind space epic Elite Dangerous, have confirmed that they are working on a new game based on Jurassic World called Jurassic World Evolution.

Jurassic World Evolution is perhaps best thought of as a Jurassic Park-themed take on SimCity. Rather than cast you as one of the park’s visitors, it allows you to oversee the operations of a park of your own design. The extent of your ability to customise the park is still unknown – we’re still unsure if you will be able to design the park’s basic layout from the start – but it does seem like you’ll have some control over where certain buildings and attractions are placed.

However, the real focus of the game seems to be ensuring that Jurassic Park remains a relatively safe family destination. Along with the usual array of duties that includes (making sure that souvenir stands are prevalent and bountiful), you’ll also be required to handle the occasional rebellious reptile by utilising the park’s special operations squads.

According to Microsoft, who revealed the game during a pre-Gamescom press conference, Jurassic World Evolution will require you to constantly make decisions as “life finds a way” to make your life a living hell.

While Microsoft revealed the game, it is expected to release for Xbox One, PS4, and PC sometime in the summer of 2018.

If you aren’t familiar with Frontier Development’s Elite Dangerous, think of it as the ultimate space sim. The game that finally allows you to hop in a spaceship and live out whatever sci-fi dreams you may harbor. In fact, the game’s biggest flaw is that it is maddeningly deep and incredibly realistic. Every action requires you to possess an incredible amount of knowledge regarding the game’s mechanics and general philosophy.

It’s highly doubtful that Jurassic World Evolution will be quite that deep, but we believe that Frontier Developments – also behind the excellent Planet Coaster – may be the perfect studio to bring us a modern-day Jurassic Park game worthy of the series.