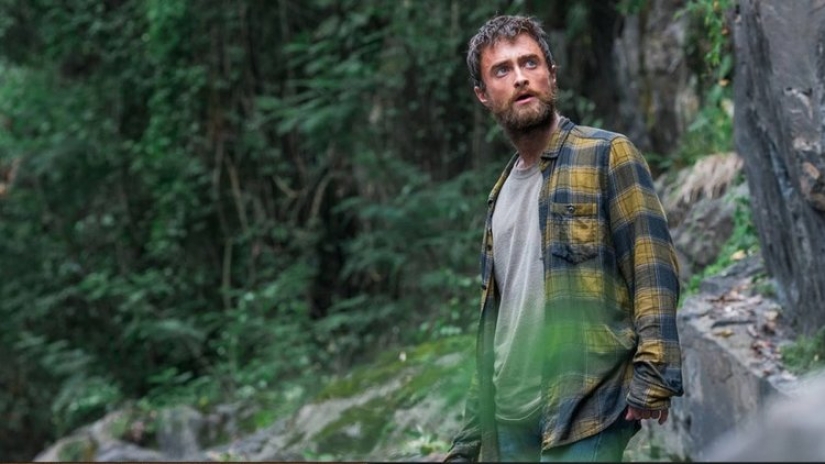 Daniel Radcliffe stars in Jungle, a true story of survival. But is it any good?

Daniel Radcliffe is doing an accent. That’s the first thing that grabs your attention in Jungle, which opens with the brave British actor intoning an opening narration over a blank screen. He introduces the themes of adventure and exploration, explaining why his character will venture into the Amazon rainforest a bit later on.

It’s not the most remarkable opening, but it’ll do. And that same sentiment could sum up the film that follows. Jungle is another survival film about a young man who’s way out of his depth. Straight of the gate, it’s got a fair bit to prove if it wants to stand out from the pack.

The film’s ‘based on a true story’ tag is its USP. Radcliffe plays the real-life Israeli explorer Yossi Ghinsberg, who, at the age of 21, undertook and ill-advised trek into uncharted jungle with three people that he barely knew: a teacher from Switzerland named Marcus (played by Joel Jackson), an American photographer named Kevin (Alex Russell), and an Austrian explorer named Karl (Thomas Kretschmann). As you might expect, nothing goes particularly to plan.

Justin Monjo (writer of 14 Farscape episodes) adapted Ghinsberg’s Jungle autobiography into a screenplay, meaning that much of the true story remains in tact. Wolf Creek’s Greg McLean directed the subsequent feature, providing a safe pair of hands. The result is fine: a film that gets from A to B to C, ably re-telling the origin of the expedition, the troubles the men faced, and how it all ended up.

The film itself feels a bit generic. The opening scenes – where backpackers meet and chat about their journeys – emanate a warm wholesomeness, but do little to set up the characters in any meaningful way. Radcliffe recites narration at the start to hurry things along, and then his voice-of-God readings disappear altogether. The expedition is put into motion, and it looks like a bad idea pretty much immediately. The group begins falling apart and breaking up before we’ve really got to know any of the characters.

There’s nothing in the first half of the film to really get you emotionally engaged. Most troublingly, none of the characters are interesting enough to make you care about them: you’ve got three archetypal gap year backpackers, and one vaguely mysterious older guy. That’s all you really know about them, so when they get into danger or start bickering or whatever, there’s no hook to keep you attached.

It doesn’t help that, when push comes to shove and things start to go properly bad, it’s a shakily directed rafting sequence that propels the narrative forward. This should be a tense and horrifying scene – a vital turning point to up the stakes significantly – but it just doesn’t resonate. The camera is shaking, the actors are shouting a lot, and it simply doesn’t feel real.

It’s down to Radcliffe to save the day, and, thankfully, he grinds out a gruelling performance that really livens up the film’s third act. When everything else falls away and we’re left with just Yossi on his own in survival mode, the film vastly improves. The script throws a lot at him – flashbacks, hallucinations, dream sequences, starvation, confusion, desperation – and Radcliffe handles it all.

This is another one of those films where he proves himself as a leading man. Jungle is miles away from Radcliffe’s previous survival-in-the-wilderness movie Swiss Army Man, which just proves his dexterity as an actor. Whereas last time he was a comedic tour-de-force of a farting corpse, here Radcliffe goes to Christian-Bale-in-The-Machinist levels of personal degradation to bring his character’s suffering to life. The rafting sequence may not feel real, but Yossi’s turmoil afterwards does.

It’s a shame that Radcliffe’s sublime third act turn couldn’t have come after two acts of stellar set-up. This film could’ve been something special if the other characters were developed more, or if the action direction was a bit stronger. As it stands, though, it’ll do.

There are moments in Jungle where you genuinely feel worried for Yossi, despite the fact that you know he survives and gets a book deal. Regardless of the film’s flaws, that’s no small feat, and you’ve got to applaud Radcliffe, Monjo and McLean for pulling it off. By the end, you won’t even notice that Radcliffe is doing an accent.