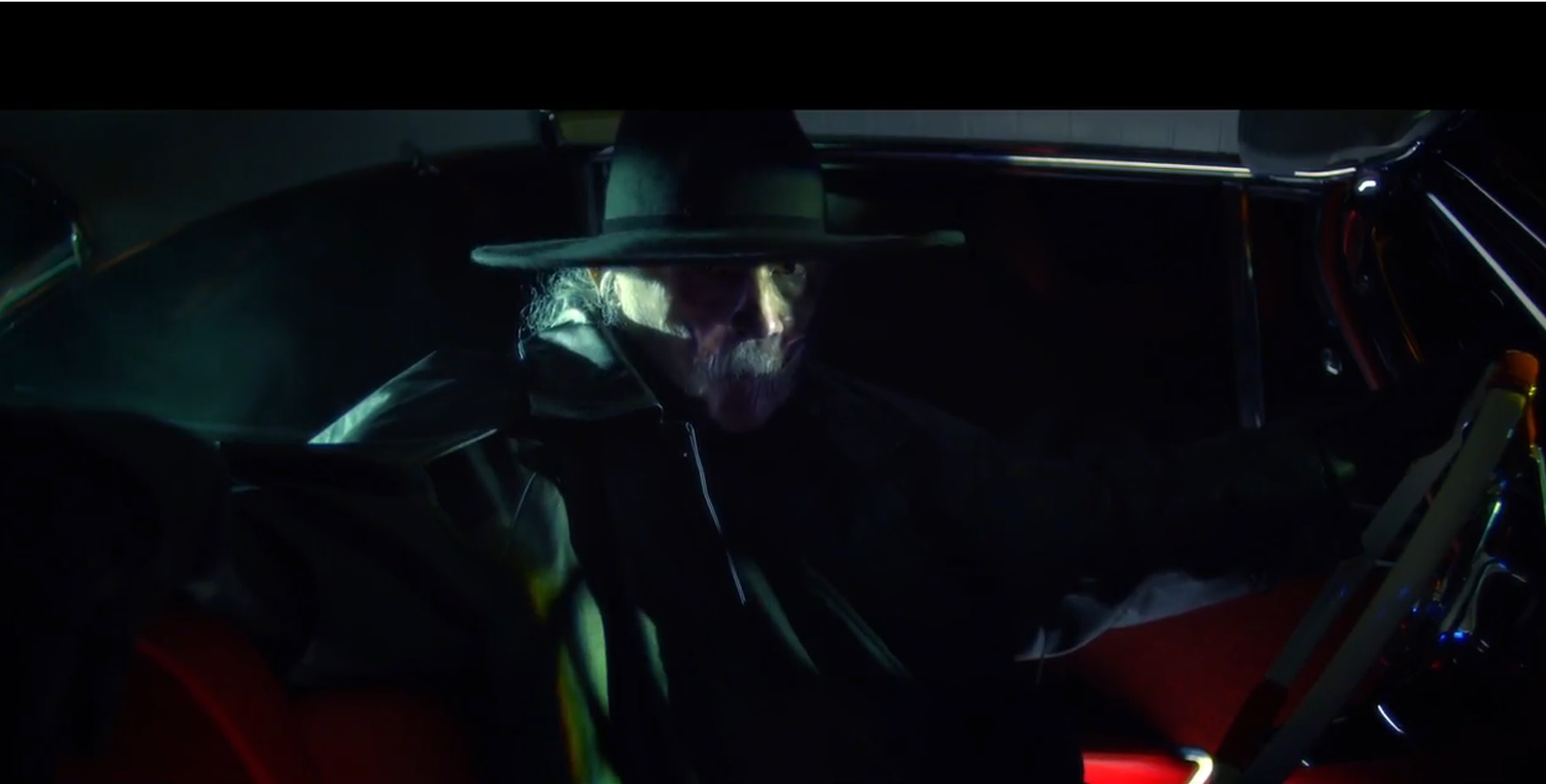 Ahead of his new album – Anthology: Movie Themes 1974-1998 – John Carpenter has brought Christine back in a music video…

John Carpenter made movies so he could record the soundtracks. He’s made some great movies of course, classics like Halloween, They Live and The Fog, which he scored beautifully, and the films Carpenter directed made him a household name. He is a rock star film director.

But he doesn’t care about any of that. He never did. He always wanted to be a rock star rock star. The movies, they were fun. They kept a lot of people up at night. But really, if you asked Carpenter, he’d have preferred they stayed up dancing to his songs. And let’s face it, some of his melodies, like the theme from Halloween, get caught in your head, harder to escape than Escape From New York.

Carpenter is thus realising his Anthology: Movie Themes 1974-1998 album, which comes out October 20, on Sacred Bones Records. Carpenter released the music video for the theme to his film Christine.

Directed by Carpenter, because why would he give up his day job, the short film stars the car, first envisioned by Stephen King, now revving into the city for a night on the prowl. By the time the guitars break in, it becomes apparent that whoever is driving Christine is also open to good deeds, but they don’t come dirt cheap.

Rita Volk plays the damsel in distress. Her car broke down on a secluded road. After a high speed cat and mouse game, she wins the right to sit shotgun. This is also known as the death seat, but not while John Carpenter’s behind the wheel. He ain’t no teenager, and this is not his first car.

You can watch the music video here:

Anthology: Movie Themes 1974-1998 features 13 re-recorded versions of Carpenter’s themes, going all the way back to his first-ever film Dark Star. Carpenter also covers Ennio Morricone’s theme to The Thing. He recorded the album with his son, Cody, and godson, Daniel Davies, who also worked on his 2016 album Lost Themes II.