I’ve got questions about the Toy Story cinematic universe 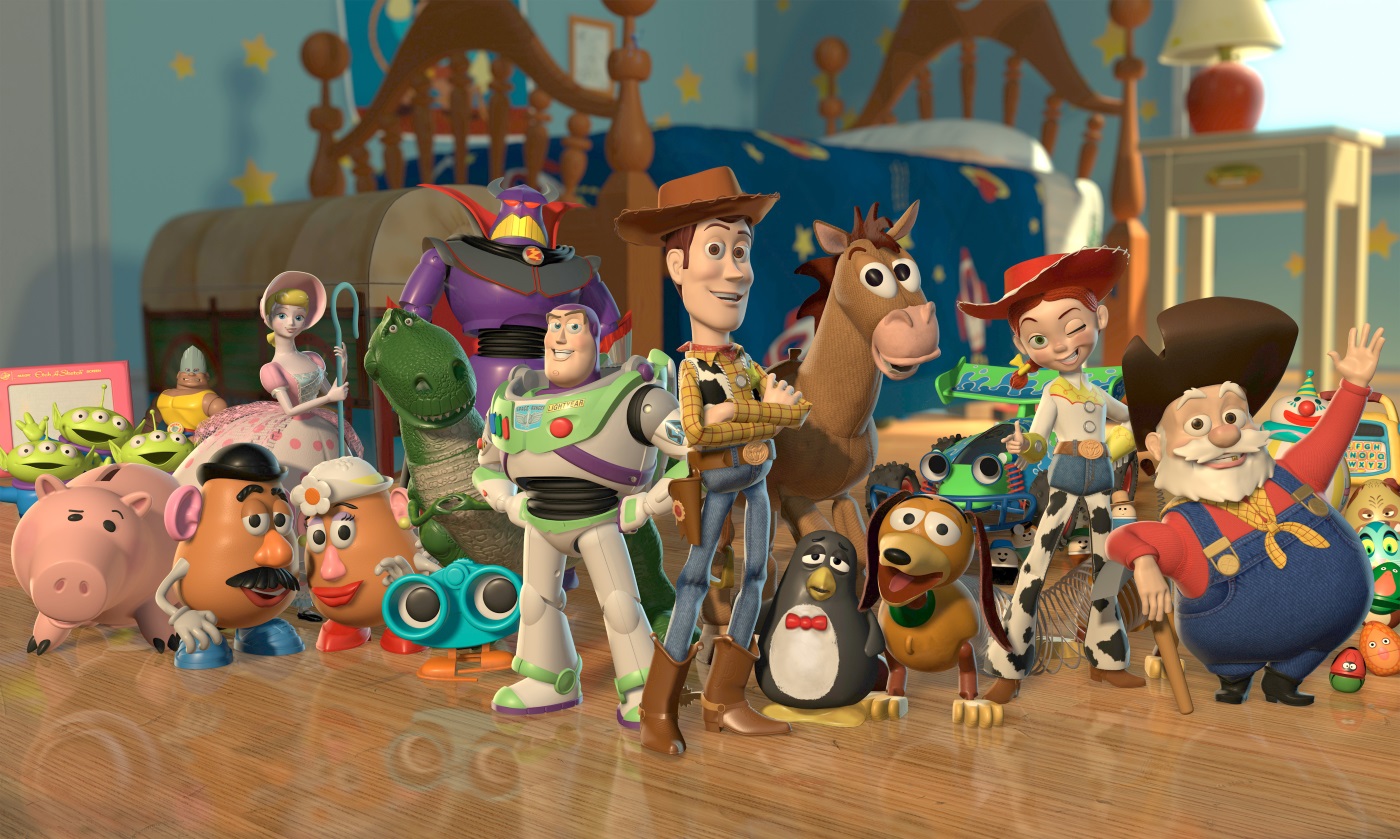 Like an ineffable Lovecraftian deity, something has been unleashed here at DoG Towers (an actual place where we all live together in various states of harmony). Firstly, Simon had questions about the Cars cinematic universe, then Brendan didn’t, and now I too have questions. These ones are about the more popular Pixar trilogy, Toy Story.

See related
I’ve got questions about the Cars cinematic universe

Some of you may question why we can’t just let these children’s films be, to which would reply ‘Have you read the name of the website?’. Also it’s a bit patronising to suggest that because something is for children it doesn’t require any intellectual rigour. While Toy Story is a much better film trilogy than Cars, meaning it doesn’t raise as many questions and prevents the viewer’s mind from drifting to such questions, it isn’t immune from similar treatment.

There have been myths and folklore about inanimate objects coming to life for thousands of years, for example; the golems of Jewish folklore and the statue of Galatea in the story of Pygmalion (which inspired numerous Victorian writers and George Bernard Shaw). In these tales there is an explanation for the animation (usually involving a god in some way), but in Toy Story we have no such explanation. There is a gap in our knowledge, but the films get by on the grounds that they’re very good, and that toys coming to life is quite a widely used story idea anyway. However, this begs many questions: when do the toys come to life? Who causes this? Why? Most people I’ve asked (four, three of whom are increasingly wary work colleagues) assume they just come to life once they’re finished at the factory. What is that experience like? Are they born with knowledge of their situation, some intrinsic a priori sense of awareness that prevents them from panicking and fear (as, frankly, you would if your first experience was being in a toy factory surrounded by many identical figures who, you soon discover, look exactly like you; the plastic packaging going over your body, your face, your soul)?

In which case, why is Buzz Lightyear convinced he is the real Buzz Lightyear? Is this journey one that all toys must go through (Are we not all Buzz Lightyear, convinced in our youth that we will be astronauts, space-faring adventurers, heroes? And then we discover that we are but one of many, and that our only solace is the friendships we make along the way)? The word ‘toy’ was probably first used in the 14th century, but toys themselves have been around since prehistoric times. Were these toys alive? Is the act of manufacture itself enough to animate them? Does this mean anyone can create living toys simply by building something with the intent of it being a toy? This raises two further questions, one of which is more important than the other. Firstly, what’s the cutoff point? Like, is Swingball alive? If so, I hope it’s into masochism. Secondly, does this mean that humans are creating a race of toys without realising it?

This makes sense, in so far as any of this makes sense, because some force is imbuing these toys with life. I think we can rule out the manufacturers. While you could argue that the living toys are somehow connected with the advent of mechanisation and mass-production, that prehistoric toys weren’t alive, if it’s intention by human creators (playing god to a race that they immediately abandon) then surely the secret would’ve been discovered by now? So it’s either people or machines doing it by accident through some unknown magical means, or a godlike being. Which one you prefer depends on your theological position. I mean, if creating life by accident without really being aware of it sounds like something you think a god might do, then either explanation works really. If you think that a god has given toys life deliberately, it begs the question ‘Why?’ What’s the reasoning behind this? It depends on which gods you believe in I suppose. Some of the polytheistic religions have enough petty feuds and trickster types to give toys life just for the hell of it. If we’re talking Old Testament God, then perhaps he wanted another go after Eden failed, but that doesn’t explain the flood (unless he thought the toys were sinful too). Because really, there’s no clear extra purpose to giving toys sentience. They don’t appear to worship any gods apart from The Claw. Their purpose is, according to them, to be played with, which would be true if they weren’t alive anyway.

So if their creation is merely an accident, or the design of a distant and uninterested god, what of their death? How do toys die?

A lot of action figures and toys are made with acrylonitrile butadiene styrene, which is not biodegradable. How many toys go to landfill? The island of Midway Atoll, in the North Pacific Ocean, has plastic items wash up daily. The middle of the ocean is littered with plastic items that haven’t biodegraded. The reality of sentient toys is that millions of them will spend their days buried alive, never being able to die. Toys, alive and conscious (and probably broken), spend the rest of their adrift in a hostile ocean, or in a bird’s guts. Can toys actually die then? What sort of god would create such a life deliberately? We see the toys lose arms and limbs, and they don’t seem to be in any sort of pain. Sid’s toys have been cut up and rearranged without dying. Yet when Woody is burned with a magnifying glass he screams once Sid is out of the room. The garbage incinerator scene in Toy Story 3 suggests that toys can be destroyed by fire (the alternative is too horrible to contemplate), so there is in fact a way for them to die.

The one conclusion I can draw from all of this is that Toy Story franchise is a vastly superior version of Torchwood: Miracle Day.