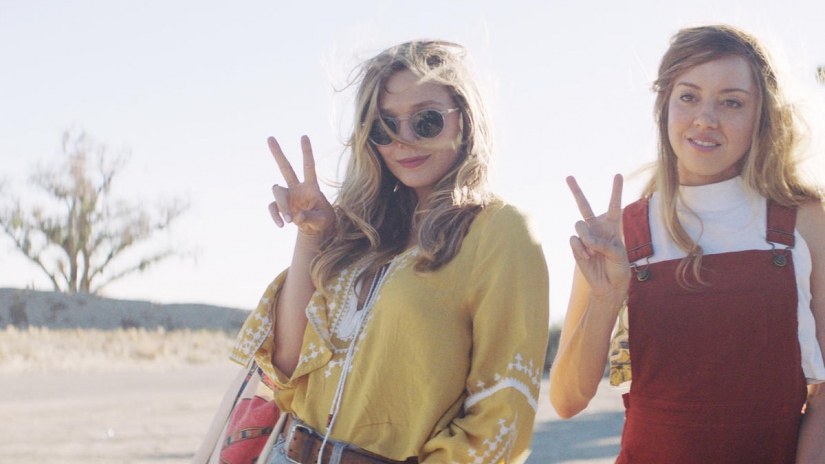 There’s a clever bit of storytelling early on in Ingrid Goes West, an Instagram social satire, in which Aubrey Plaza’s Ingrid Thorburn double taps images on her feed to like them. We’re shown this just once, but the act of her staring blankly at her screen and emotionlessly giving the heart to everything she sees goes on for the duration, less like an addiction and more like muscle memory. That incessant tap tap sound effect is the scary heartbeat underlying this dark comedy.

Right after that first time though, she gets out of her car, tearfully gatecrashes a wedding reception and pepper sprays the bride for not inviting her. It transpires that they’re not even real life friends, and somewhere in Ingrid’s grief over the recent loss of her mother, she’s started to invest more in the fantasy of the Insta-perfect lifestyles represented by the ‘stars’ she follows.

After a spell in an institution, Ingrid is at a bit of a loose end. But when she becomes infatuated with social influencer Taylor Sloan (Elizabeth Olsen), she travels to Los Angeles to try and make their friendship real. It’s an expensive trip, and with the aid of an inheritance from her mum, she rents a house from budding screenwriter Dan (O’Shea Jackson Jr.) and expensively ingratiates herself into Taylor’s real life social circle.

There’s not a whole lot of nuance in a hashtag, and from the very start, this wickedly funny script, penned by David Branson Smith and director Matt Spicer, digs into everything their lead has compartmentalised with gusto. Her evident depression is never played for laughs, but her desire to be accepted, mixed with the familiar Aubrey Plaza-brand spikiness makes for a volatile comic mixture.

From the opening in Pennsylvania, where the town is small enough that Ingrid might still bump into people who stop and stare at her because of the wedding fiasco, her change of scene brings a larger, but much more shallow perspective in LA. She’s confronted by eateries where the servers ask bullshit questions like “What’s your deepest wound?” and “How can I nourish you today?” and accepts it at face value because that’s just what the app has sold her.

For her part, Olsen essays this genial emptiness perfectly as Taylor, who Ingrid meets after stalking her and then fake-kidnapping her beloved doggo. Her real social circle is suitably dreadful too, from her husband Ezra (Wyatt Russell), an artist who paints slogans like ‘Squad Goals’ over existing artwork of horses, and her utterly repugnant brother Nicky (Billy Magnussen), who comes back to town having apparently fled a party in Europe as a fugitive.

Ingrid’s only real ally, whether she wants him or not, is Dan, the neighbour who’s wonderfully obsessed with 1995’s Batman Forever and sincerely plans to launch his screenwriting career with a Batman spec script. If Universal made the deliberate decision to counter-programme this against Justice League, then hats off to them. Either way, Jackson is a revelation here, following up his performance as his dad in Straight Outta Compton with a marvellous, scene-stealing turn that shows formidable range.

With his earnest fandom and good nature, Dan is a more noble representative of the millennial malaise than many of the other characters, especially Ingrid, but Spicer’s film luxuriates in the sun-dappled existential terror of living so superficially. Its brash satirical tone might be hard to swallow, but the jokes are really funny with it, and that helps to keep it ticking over when it sacrifices some of its edge as it veers into more serious territory later on.

As Instagram users commonly boast, Ingrid Goes West is very much a ‘no filter’ dark comedy up until that point. But it’s terrifically observant of the obsessive tendencies engendered by social media, and by Instagram in particular, and it plays that to both hilarious and harrowing ends. It feels a whole other story could propel itself out of the disturbing ending, and the point at which it leaves Ingrid, but the fact that it leaves us wanting more might just be a testament to how enjoyable it is altogether.