How to deal with excessively over-powered comic-book characters 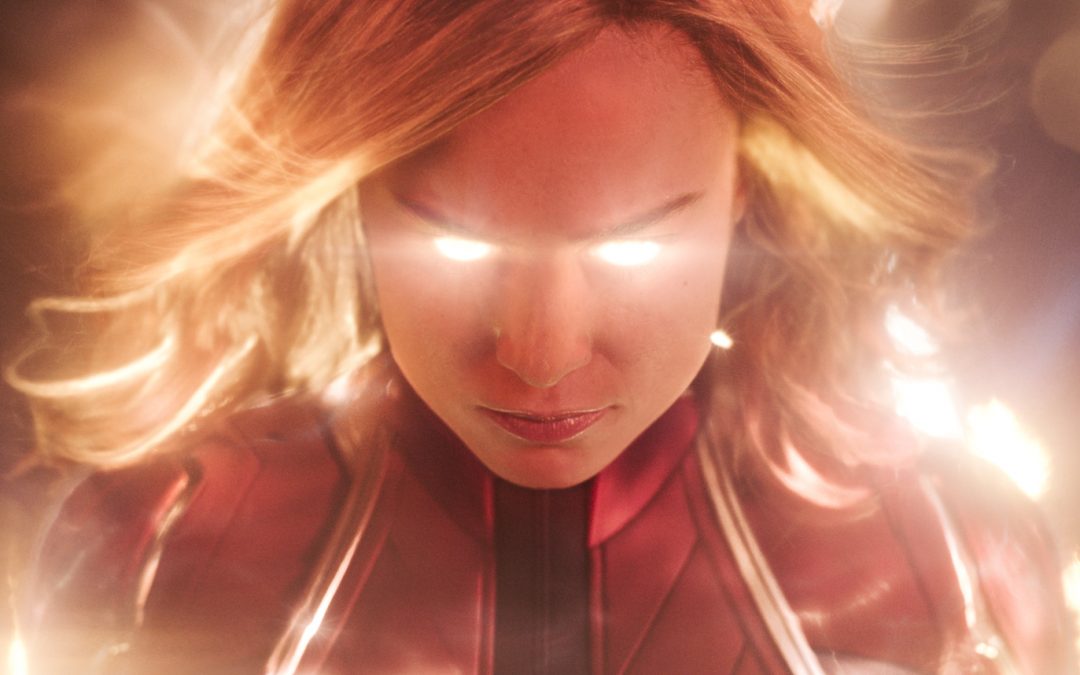 How do you make all-powerful heroes like Superman and Captain Marvel compelling characters? Put their brains to work…

Warning: contains spoilers for all MCU films up to and including Avengers: Endgame, and all DCEU films.

As the Marvel Cinematic Universe has expanded over the years, it has introduced more and more characters with increasingly spectacular power sets. Scarlet Witch has vaguely defined but clearly impressive powers (“She’s weird”); Thor is the god of thunder and lightning and can apparently survive the full power of a neutron star as well as exposure to deep space; Doctor Strange can open up enough portals to bring an entire army with him and is a literal wizard, as is Wong; and Vision is extremely intelligent, has access to enormous knowledge, can fly (or hover, in the Russo brothers’ interpretation in Captain America: Civil War) and is powered by an Infinity Stone.

Over the years, the writers and directors of various films have struggled with how to incorporate these characters into the story without every battle being won in five minutes. Doctor Strange is sent to another planet in Avengers: Infinity War, then dusted, then when he comes back to take part in Endgame’s climactic battle, he gets stuck holding back a flood and can’t do anything else.

Scarlet Witch spends most of her screentime emotionally compromised in one way or another, first mourning her brother, then mourning the destructive powers of her own abilities, then hanging out with Vision in the hopes of saving him instead of taking part in the fight. Vision himself is a reluctant participant in Civil War and is injured early on in Infinity War, then spends most of the battle on an operating table, and is finally killed at the end. Thor undergoes a period of unimaginably intense trauma and spends the whole of Endgame suffering the results of years of depression and substance abuse.

It’s perhaps no surprise, then, that so far the MCU doesn’t quite seem to know what to do with Captain Marvel. Like Vision, she gets her powers (indirectly) from an Infinity Stone, but she can fly further (all the way out into space) and can destroy entire spaceships from within using her glowy energy powers – and unlike Vision, she has the military background and training to make her willing to do so when required.

Movie-makers, desperately needing to maintain some tension in their films (and in the case of Endgame, needing to serve all their long-standing, lesser powered characters) have resorted to curbing her powers for most of Captain Marvel, and leaving her out of most of Endgame with the excuse that she’s looking after other planets. This is not, however, an especially satisfying solution. If audiences are going to be introduced to these highly powered characters, they want to see them actually do something. 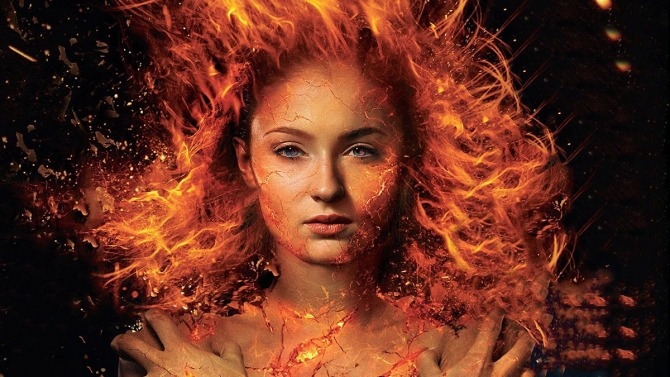 This is not a problem unique to the MCU. The X-Men franchise usually depicts a fully-powered Jean Grey as a villain (it remains to be seen how the upcoming X-Men: Dark Phoenix will treat this story, but everything so far suggests a fairly standard version of it) and DC movies have been dealing with this problem for years as it applies to one of their most beloved heroes, Superman.

Perhaps the original excessively over-powered superhero, Superman can usually fly (not just leap tall buildings in a single bound), is super strong, bulletproof, has X-ray vision, and can shoot heat rays or freeze rays out of his eyes. His DCEU companion Wonder Woman isn’t short of a power or two either, being a goddess, but no other hero can hold a candle to Superman when it comes to excessive superpowers.

Recent DCEU movies have struggled with Superman’s power set just as the MCU has struggled with its own heroes, and have used a set of similar solutions. Man Of Steel had old Pa Kent advising Superman not to use his powers, making him emotionally compromised. Batman vs Superman: Dawn Of Justice had no choice but to break out the Kryptonite, as without it the titular showdown would have been very short indeed, while he spent half of Justice League dead and buried.

One common method of trying to increase the stakes in a battle is to give an overpowered hero an equally overpowered villain to fight, thus evening out the stakes. And so Superman fights Zod (more than once), Vision fights Ultron, Wonder Woman fights Ares, the god of war, Jean Grey fights Professor X and Thor fights Hela, the goddess of death. (This works on a smaller level as well and the MCU are especially keen on the trope, going all the way back to Iron Man fighting Obadiah Stane). Unfortunately, the result often becomes a giant cartoon, with audiences watching two CGI creations beating each other up until the good guy eventually wins. 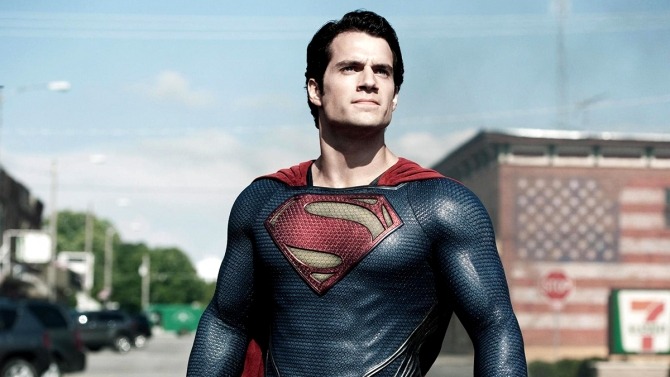 But what else can a superhero movie do with these characters? Surely these are the three basic options – strip a hero of their powers through injury or Kryptonite-like-weakness, remove them from the action all together through whatever plot device you can think of up to and including death, or emotionally compromise them to the extent that they are unable to function properly? All while fighting an evenly matched opponent?

Perhaps Richard Donner’s classic Superman, with its iconic epic-scale ending involving Superman turning back time by flying around the sun, is partly to blame for this expectation, or perhaps it’s simply endemic in science fiction action cinema.

There may be another option, however. Superman debuted all those years ago, in 1938, in Action Comics issue 1, but Action Comics’ parent company was DC – Detective Comics. Superman’s alter ego Clark Kent is a journalist, and some incarnations of the character, especially on television, have played up his role as an investigative journalist.

Before Superman can defeat the villain, Clark Kent has to work out who the villain is, and Superman can do nothing until that has been done. His frenemy Batman frequently has to do some amateur detective work before he can get on with the vigilantism as well, and one of the big twists of the successful Wonder Woman movie was the third act revelation of the identity of Ares, who was in disguise. 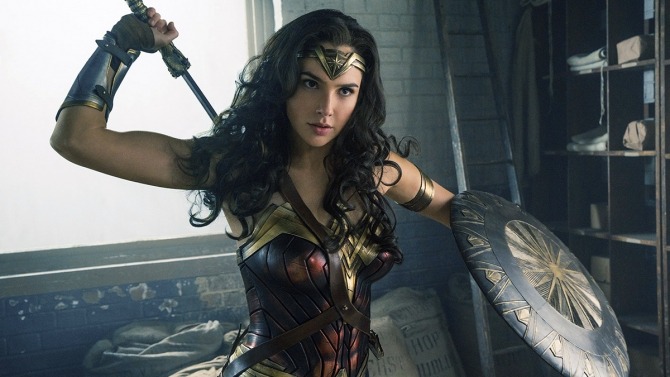 With the notable exceptions of Jean Grey and Professor X, most of these characters are not telepathic. It doesn’t matter how impressive their superpowers are if they don’t know who they are supposed to be fighting. This may be, in the long run, one of the most effective ways to tell stories about over-powered characters without resorting to curbing their power. If the film’s plot is set up as a mystery story requiring some detective work, the hero can simply sit on their powers until the third act revelation, at which point it is finding the villain that offers the key to the action – once found, it can be quite satisfying to watch them quickly taken down.

Whether the MCU will ever move in that direction remains to be seen. Some of the best MCU movies have followed a slightly different template to the standard gain powers, fight equal villain outline – Captain America: The Winter Soldier has elements of a mystery and revolves around human plotting and secrecy, while Ant-Man is a heist movie. There’s room there for the series to introduce mystery elements to stories featuring highly powered characters.

For the time being, Vision is dead and Thor has flown off with the Guardians of the Galaxy to embrace comedy space opera, so it is unlikely we’ll see either in action for a while. Scarlet Witch is in desperate need of a plotline that doesn’t revolve around her mourning another male companion figure and might be the best candidate for a mystery, while Doctor Strange will have to get used to doing without his Infinity Stone (though that is unlikely to hold him back).

The biggest open question hangs over the most powerful of them all, Captain Marvel. It may be that her next movie will also take her out into the field of space opera and see her fighting cosmic battles and blowing up a few more spaceships. But wouldn’t it be fun if young Monica Rambeau had grown up to be a detective or investigative journalist, and called in her Auntie Carol to help her out with a difficult case? Just a thought.