Has Game Of Thrones lost its complexity? 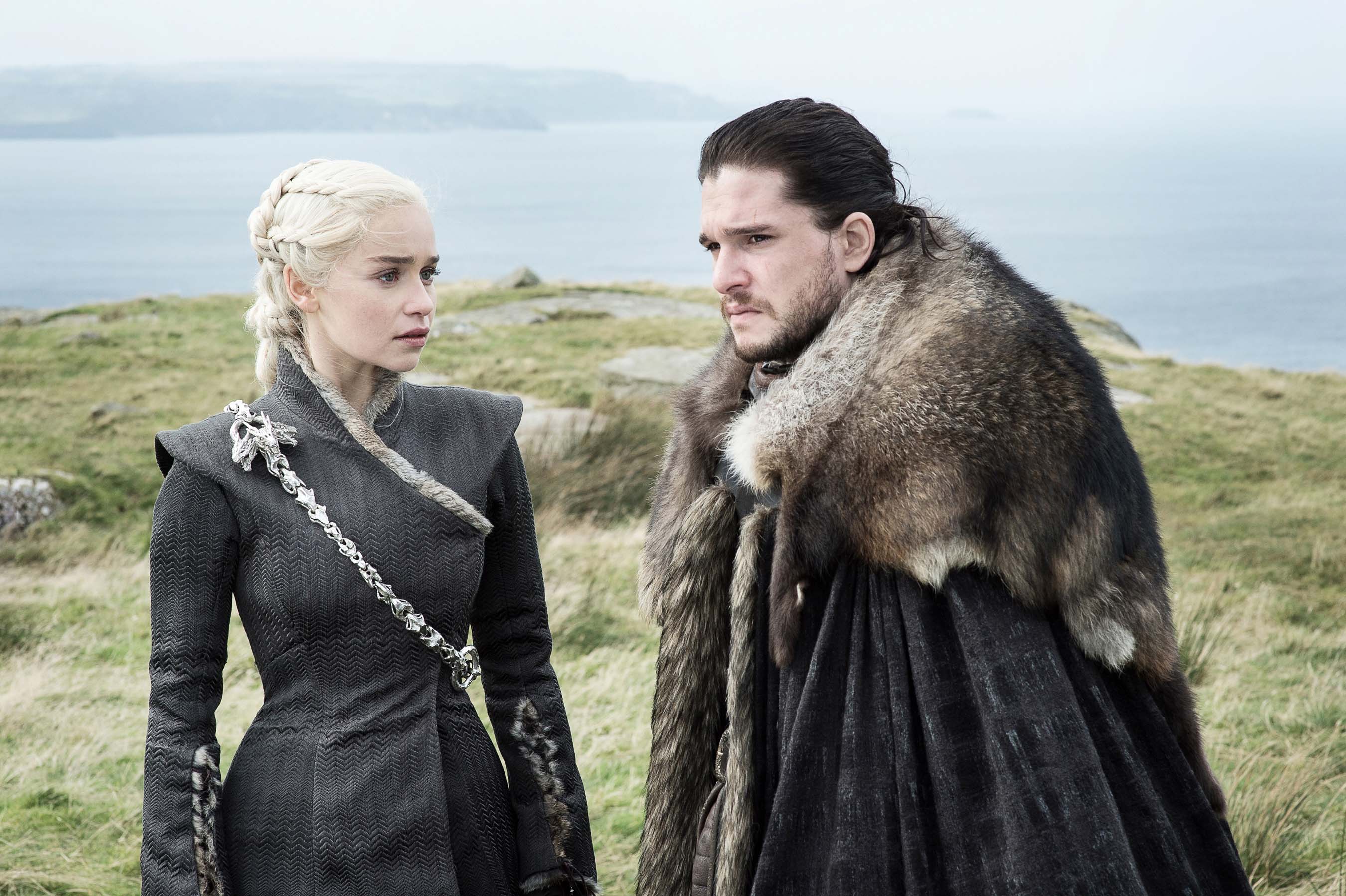 The current Game Of Thrones season is spectacular TV, but does it betray the show's complex storytelling roots?

When HBO first announced Game Of Thrones many winters ago, it was with the pitch ‘The Sopranos in Middle Earth’. While this was not entirely representative of the show we ended up with, it was as effective a logline as any, communicating that we were about to get something very different to anything we had seen before. And in those early years Game Of Thrones more than lived up to that promise.

Despite taking place in a fantasy kingdom with magic and monsters and dragons, the real power of George R.R. Martin’s saga was in the characters and their relationships, in the refreshing complexity that underpinned everything we saw. Our honourable hero had a bastard son from a wartime fling. His noble wife treated said bastard with vicious, undeserved scorn. The villains had texture and the heroes had terrible flaws; even using terms like villain and hero in describing this show seemed reductive.

Game Of Thrones intoxicated us with ambiguity and left us perpetually unsure whose side we were on, a state of affairs that only worsened as it steadily cut down beloved characters and left us with little choice but to root for those we had previously despised. In doing so, Game Of Thrones gave us a fantasy saga with unprecedented power; the characters and events reflected the complexities, disappointments and seemingly arbitrary losses of real life. There is a reason the death of Ned Stark in season one was such a powerful moment; it was a giant middle finger to the way these stories are supposed to go.

It’s funny to think back now and remember that magic was once just a fringe aspect of the series. When Daenerys’ dragon eggs hatched at the end of season one it was powerful precisely because it wasn’t what anyone expected, not after ten episodes that told us this was a markedly different type of fantasy world, and one of the reasons that cliff-hanger was so effective is that we could not wait to see how such a seemingly traditional aspect of fantasy lore would fit into a world that was anything but traditional. Fast forward to 2017, and it’s impossible to imagine a version of Game Of Thrones without dragons or White Walkers. The poster for this year’s run proudly displayed the horned, glowering mug of the Night King, and much of this season has been populated by dragons burning things while the army of the dead continue their steady march south. It’s unquestionably spectacular television unlike anything the small screen has offered us before, but it’s hard not to see it as something of a betrayal of what made Game Of Thrones special in the first place.

In 2011 we started watching a morally complex saga of warring families and political intrigue, in 2017 we’re essentially watching a straightforward fantasy epic with more swearing. There is a chosen one (either Daenerys or Jon or both depending on your preferred translation of prophecy), a Dark Lord, and an impending final battle in which all the disparate kingdoms have to band together to defeat a supernatural army that might as well be made up of orcs or Stormtroopers for all the personality it has. And while it’s undeniable that the show’s cultural impact is as big as it’s ever been, it’s hard not to miss the time when what we loved about Game Of Thrones was the thrill of knowing that anything could happen and that those who seemed most evil or pure may well end up a lot more complex than we first assumed. Maybe in some ways this was inevitable. The thing about perpetually hitting the audience with curveballs is that unpredictability is only effective when it serves the story in some tangible way. The reason nobody bought for a second that Jon Snow had died at the end of season five is that from a narrative perspective it simply made no sense to kill him. Ned Stark’s death and the Red Wedding were brutal and heartbreaking, sure, but they were also logical story choices that drove the plot in effective ways. Had Jon really died it would have removed our point of view at the wall, eliminated the one voice of reason regarding the threat of the White Walkers and made us wonder why we spent years watching this character grow into a leader if we were never going to see that destiny fulfilled.

Ned, Robb and Catelyn had served their purposes; the brilliance of the storytelling was ensuring that we didn’t realise that until they were already dead. Now, with the many subplots essentially whittled down to one main narrative with one ultimate objective (stop the White Walkers) the story has inevitably become a lot more straightforward, and in the process Game Of Thrones has revealed that, at its heart, it’s not a hell of a lot different to any other fantasy epic about a chosen one facing off against a dark lord. It just took the scenic route to get us there.

Of course, the flaw in this argument is that we are talking about a story that is not yet finished. Maybe Game Of Thrones will sucker punch us again in its final hours; maybe the White Walkers will win, or turn out to be the good guys. But would this be satisfying after eight seasons of following our central characters grow, change and develop? It’s for exactly this reason that, while I’m sure some of them will go down in the final fight, our heroes can’t really lose as such. Unpredictability doesn’t count for much when you make the audience feel like they’ve been cheated, an there are too few wildcard characters left to really think the show is capable of pulling another fast one on us. Maybe I would be less cynical about this if George R.R. Martin was still a major part of the writing team or if the show was still closely following his vision, but now that we are entirely in the hands of the writers responsible for turning the complex Dorne subplot from the books into a storyline most famous for introducing us to the phrase ‘bad pussy’, it’s hard to feel especially optimistic. And yes, Martin did tell Benioff and Weiss his plan and yes they have said the two versions will eventually reach the same conclusion, but at a certain point Game Of Thrones went from adaptation to fan-fiction and I don’t believe we’re going to see much of the cleverness with which Martin would have presented his endgame on screen. Any edginess or moral ambiguity in Game Of Thrones these days tends to come down to watching the Hound swear or having sudden religious epiphanies while Cersei drinks wine.

Even characters who used to be dynamic or multi-faceted, such as Tyrion or Jaime, are fairly one-note now, present predominantly to drive forward the heroic destinies of Jon and Dany. The fact is that Game Of Thrones’ major selling point now is wowing us with spectacular shit happening, not the cleverness of intricate storytelling culminating in devastating twists. Of course, arguments like this don’t mean much when Game Of Thrones still retains its singular status as the cultural behemoth of the day, the one show that just about everyone is watching, that brings people together for weekly viewing parties and spawns countless memes and internet think pieces. In fact, I would argue that this status is the reason that the show has become more and more desperate to throw in some huge event in almost every episode, no matter how rushed it makes the storytelling feel or how hollow these seeming game changers ring when they haven’t been properly built up to.

And look, with only a handful of episodes left Game Of Thrones will doubtless dominate the cultural conversation until the last minutes of its last episode and probably beyond. But it’s hard not to miss the days when the series was less concerned with being a blockbuster than it was with being a really good TV show.