Harvey Weinstein, and the need for noise 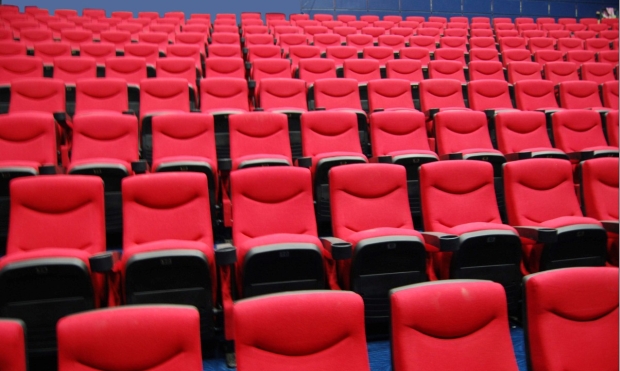 In the light of revelations and allegations about Harvey Weinstein, surely this time Hollywood needs to change.

I got a letter the other day, that I’m not going to quote, but one that made fair points. The letter asked why Den Of Geek hadn’t really covered the Harvey Weinstein scandal, and it caught me, oddly, in the middle of piecing together a feature about what’s been happening over the past decades, but only come to prominence – and crucially been believed – over the past week or so.

See related
Geeks Vs Loneliness: something has to change

Yet the truth is I’ve struggled with this one. On the one hand, we’ve never run ‘personal’ stories as a rule, and in particular, getting clicks off such reports feels wrong (I’m offsetting that in this case with a donation to a suitable organisation).

But conversely, how can we, and I, stay silent on something so important? About a predatory man, who has dominated the film industry over the past couple of decades, and by many accounts abused that power, ruined people’s lives, and in particular used his power in horrifying ways over women?

I think staying silent is worse, and that’s why this article is in a lead spot on the site today.

Not that I, or we, have anything particular of note to add, short of to add to the many voices of disgust and outrage as to what’s been going on. The horror as allegations came to light, as more and more people bravely spoke out, is something we can but rebroadcast. The gut-wrenching awfulness of what many women in Hollywood – and elsewhere – have gone through and are going through is something still certain to be happening today. That whilst there are many voices calling foul, this still has to lead to something. To a real change. To end the epidemic of particularly men using positions of power to take advantage of, and attack, women. How does that happen? The best we can conclude right now is by not being silent. By not sweeping things under a proverbial carpet. By not reporting a story and then forgetting about it a few months down the line.

This outrage and horror, somehow, needs to be channelled into a meaningful change. One where the default position is to listen to someone reporting something, rather than instantly distrusting them. To outlaw pay-offs that come with gagging orders. To stop protecting abusers and serial abusers, just because they have a bank balance.

As this piece is being written, criminal investigations are underway focusing on Harvey Weinstein. Those investigations are taking place in both the UK and the US, and Weinstein himself seems intent on hiring lawyer after lawyer to defend himself (whilst also seemingly conceding some points about his behaviour). In the meantime, the very future of The Weinstein Company appears under threat, amidst allegations that the board of the company were aware of Harvey Weinstein’s activities, and reported cover-up payments made to try and hide his actions. It would be fair to say that things are unravelling both for Harvey Weinstein himself, and the company with his name on it. Even off the back of the behaviour that Weinstein has conceded to, rightly so. It looks as if the man himself will be spending the bulk of his time in courtrooms at the very least.

It’s not just Weinstein. A couple of prominent names involved in entertainment websites, too, are. We can but hope that the people who have been abusing their power and position are finally running out of places to hand.

We do want to salute the courage of Rose McGowan, and the women who are and have been telling their stories. Those who have tried to tell their stories, and not listened to. Those whose horrifying ordeals are now coming to light. McGowan has, potentially at the cost of her career, refused to accept what happened to her, and has fought it and fought it and fought it. That fight finally seems to have had impact, although it’s notable just how long it’s taken before people were taking what McGowan had to say with the gravity it deserved.

Terrifyingly, what’s being going on is an even bigger problem than Harvey Weinstein, too. We cede to the brilliant Emma Thompson on this point…

Inevitably, if this is how people at the top of Hollywood behave, there’s a trickle down effect. One publicist we know, for instance, we now learn has had to endure people invading her personal space, putting their arms around her and putting her in uncomfortable positions. These are just the stories that we know.

Over the past week or two in particular, what’s particularly chilling is how instantly believable many of these stories have been to women in particular. That this is assumed to be the world as is. With no slight at all on the people who think that – genuinely – it’s really fucked up.

It can’t go on. And whilst this piece doesn’t change the world in any way, it is more noise. And noise, in particular noise that doesn’t go away when the news cycle changes, is a vast improvement over silence.