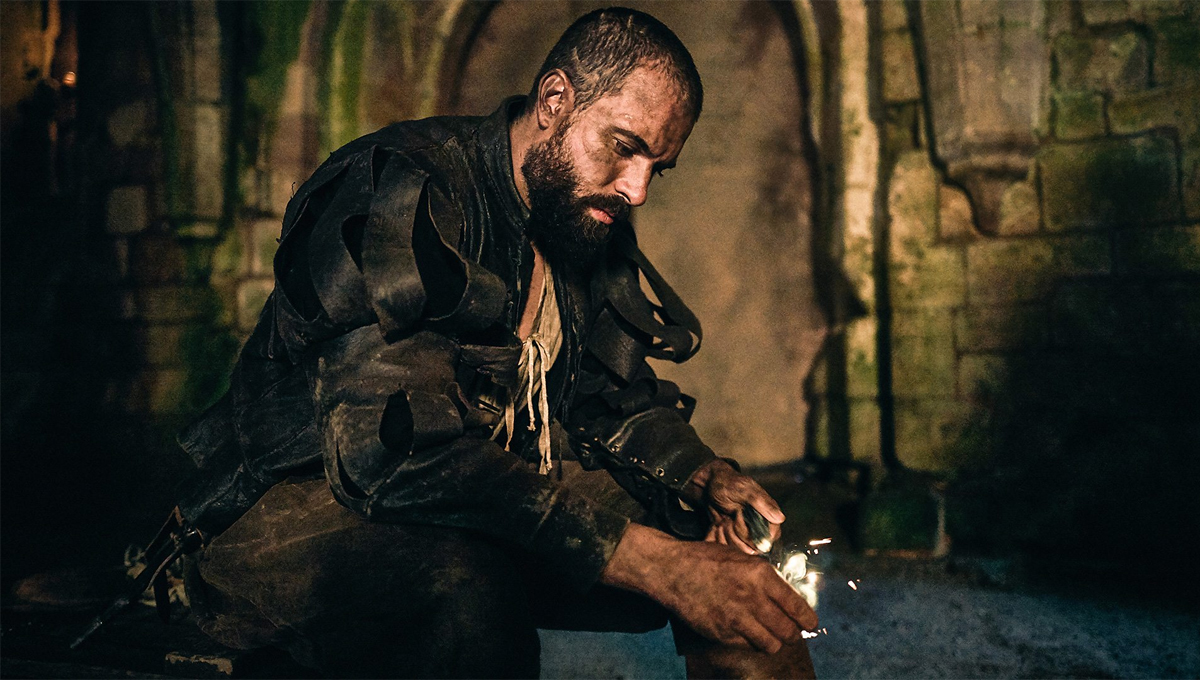 Gunpowder's entertaining final episode offered much to enjoy. Spoilers ahead in our review…

Was the BBC drama Gunpowder, in the end, a horror story?

It finished as it began: with torture and death. Anybody who knows the first thing about Bonfire Night could tell you that was going to happen. I’m glad that the director, J Blakeson, applied the same principles to these last difficult scenes as he did to the ones that kicked off the series. There was no looking away from what the state was capable of. The camera was steady as it gazed upon the decapitated head of Catesby (Kit Harington), placed outside parliament as a warning to all. It was a bleak image worthy of the darkest stories.

There’s also the fact that shifty Lord Robert Cecil (Mark Gatiss) won back the favour of King James I (Derek Riddell), brokered peace with the Spanish, and still got to persecute Catholics while being rewarded for his efforts. The scene in which he was presented with a golden necklace by the King in pomp and splendour, cutting to shots of the conspirators having nooses placed around their own necks, was a great juxtaposition, and a continuation of an element that has been really successful throughout this series – the comparison between the lives of the rich and the poor, the comfortable and the desperate. There was really no way the persecuted could ever win. Every shot that screamed of the vast difference in power, influence and riches confirmed that throughout. Perhaps that’s the real horror at the heart of it all.

But Gunpowder also managed to find an uplifting element in the form of the relationship between Father Henry Garnett (Peter Mullan) and Anne Vaux (Liv Tyler); by shifting the focus in the final third of the episode to their care of each other, there was hope to be found. With few words, they established a mutual respect and love that I really believed in. Between then, Tyler and Mullan ended up having to carry a lonely sense of goodness in a terrible world in a quiet, understated way, without drawing attention to that function. They did a brilliant job of it.

At the other end of the spectrum of morality, there was Guido Fawkes, played with intensity by Tom Cullen, who finally came into the spotlight for the central section of the episode. The decision was made to keep him as a figure of mystery, which I think worked well – why apply modern psychology to such a well-remembered yet barely understood figure of history? A motivation was hinted at, but thankfully never fully given, and even during torture sequences, as his fingernails were ripped from his hands, he resisted talking. All his tight-lipped fury gave way eventually to a very effective moment where we witnessed his silent, shaky signing of a confessional document. Nobody resists torture forever.

Those were the high points of the episode for me; the low point was undoubtedly the last stand and capture of Catesby and his gang. Kit Harington certainly looked the part as a figure of action, riding forth with a look of clear-eyed purpose. That seems to suit him better as an actor. But the scene where he holed up with his men and then engaged in a gunfight with the King’s troops struck a false note. Firing through slatted windows, and then charging outside in slow motion: these presentations belong to the world of the Western – I had flashbacks to Butch Cassidy and the Sundance Kid as they made their doomed bid for freedom. What a strange stylistic note to strike at a crucial moment.

This final gunfight also fell into a trap that Gunpowder had, I think, been evading very well until that point. It portrayed Catesby as a hero at the last, nobly resisting, being hit by bullets and continuing to fight on. Where allegiances should lie was always going to be a tricky business given the subject matter, but I was disappointed to find Catesby being presented at the last as a conventionally good character, and Robert Cecil as a bad one. I would have liked more depth from both roles.

Maybe portraying the actual Gunpowder Plot is all too much to fit into three hours of television. This final episode felt rushed in places, particularly in the first half, where the business of getting the plot uncovered was handled in a sequence of not very interesting conversations that passed the necessary information along. The realisation of Fawkes’ hiding place struck me as very clunky, as the landlady revealed vital information within earshot of Sir William Wade (Shaun Dooley, giving a charismatic performance in a role that seemed to peter out rather than end satisfyingly). It all felt a bit workmanlike rather than well-crafted.

And perhaps that’s my biggest complaint about Gunpowder. For a series that handled some elements so well, other sections and performances were less layered, and less interesting. Why give us straightforward heroes and villains at all? A bit more trust in the audience to follow events and murky motivations might have been more rewarding.

Still, I’ll try and forget the odd Western-style gunfight and will concentrate on remembering the things that really did work well in Gunpowder. There was much to enjoy, from the handling of the torture and execution scenes to the comparison of Stuart life from rich to poor, and some excellent performances and dialogue to boot. This will all come to mind on Bonfire Night, as so many dummies of one Guy Fawkes get thrown on to so many bonfires. What a weird, bloody history we have. It’s great to have watched something that shed a little more light upon it in such an entertaining fashion.