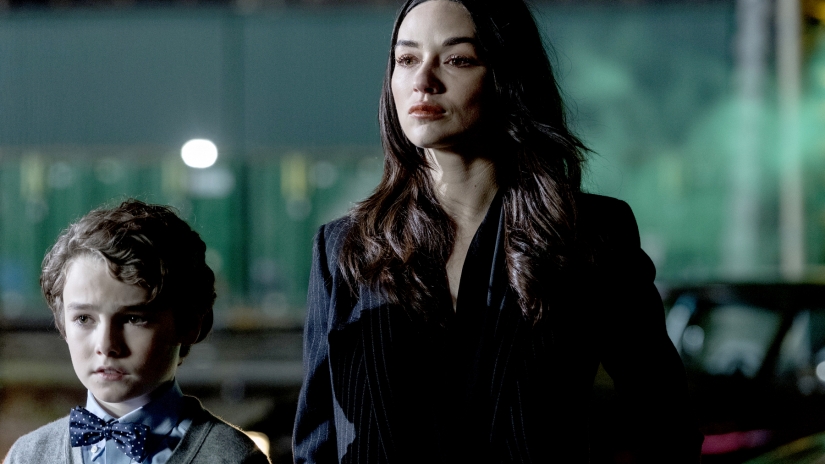 The war between Oswald and Sofia comes to a head in another great episode of Gotham season 4. Spoilers ahead…

It says a lot about Gotham that I more or less believed the show when it appeared to have its fan favourite character murder a small, adorable child he claims to love. We viewers were given an entire commercial break to stew in that plot development and decide how we might feel about Oswald blowing up Martin in an effort to demonstrate just how serious he is about controlling the Gotham underworld.

Of course, it was just a ruse, one that allowed Martin to live and me to continue to care about Penguin. Yes, he’s a garbage person who values power more than human life, but, in Robin Lord Taylor’s masterful hands, there is enough humanity to Oswald that you can’t help but root for him… or at least want him to stick around. Pairing Oswald with a small, adorable child was a masterful stroke by the Gotham writers, one that exposed Penguin’s specific humanity. I’m sad to see Martin go, but the fact that Penguin cared about him enough to send him away is exactly why this character works so well.

Of course, Martin’s almost-death was only the culmination of the ever-escalating war between Oswald and Sofia that served as the “A” plot for tonight’s excellent episode. These two have been conspiring against each other in some form all season, and it was endlessly rewarding to see things start to come to a head, with both characters moving the city’s pawns around the board: Jim and Martin, namely.

It all would have been more cut-and-dry and less interesting if not for the agency of the other players in town. Jim sees through Sofia’s attempts to use the GCPD to take out Penguin for her. (Was this really her master plan all along? Because it’s a terrible one.) The more effective other players were Barbara, Tabitha, and Selina, whose kidnapping of Sofia diverted the course of Sofia and Penguin’s battle.

Ultimately, Sofia’s botched takeover of Gotham solidified some new, tentative alliances. Penguin and Jim are back on talking terms. And Sofia seems poised to work with the Sirens in some way. It’s doubtful these alliances will hold for long, but, for now, the latter especially could spell success for Sofia Falcone.

Elsewhere in the episode, we got to see more of life in the Narrows under Lee’s leadership, with Ed at her side. Lee is a benevolent leader, one who plans to rule the poorer parts of Gotham not with threats and fear, but with her skills as a physician and her level-headed judgment when it comes to settling scores between squabbling criminals.

At least, that’s her plan at first. When a neighbourhood leader, Samson, begins to move in on Lee’s turf, she tries to deal with him diplomatically… then she resorts to poison. Personally, I am loving this version of Dr. Thompkins and her extremely liberal interpretation of the Hippocratic oath. It’s not secret that Gotham is better at villains than it is heroes. Lee is nowhere near the most villainous character on this show, but this more morally ambiguous version of the good doctor is far more interesting than any version of Lee who walked firmly in the light.

One of the most moving scenes of the night came in this storyline, when Lee admitted to Nygma that there was no cure for his condition because there is nothing wrong with him physically. It’s all psychological. It’s not often that Gotham calls on its history (probably because it’s so hard to keep track of it), but Lee’s assertion that she likes Ed better than the Riddler because Ed was her friend calls on their shared history.

Rather than explore this version of Ed more deeply, it seems that Gotham is already sending him back down the Riddler rabbit hole. The Riddler shows back up inside Ed’s head, a la his early split identity struggles in season two. Will Ed be better at resisting his other personality this time, perhaps by asking someone like Lee for help? We’ll have to wait and see. I did just get done talking about how much better this show is at villains than heroes, but we’ve seen Ed slowly lose himself to the dark side already. I wouldn’t mind seeing something different this time.

The least interesting part of this episode came in Jim’s search to uncover more about Pyg, who spends the episode in jail before breaking out in the final moments of the hour. Jim and Pyg’s conversations felt more like placeholders, a way to keep the Professor Pyg plotline in our heads while other stories had their moments in the spotlight, than something new for this show. This storyline has been much better, and there are much more interesting things happening in this episode.