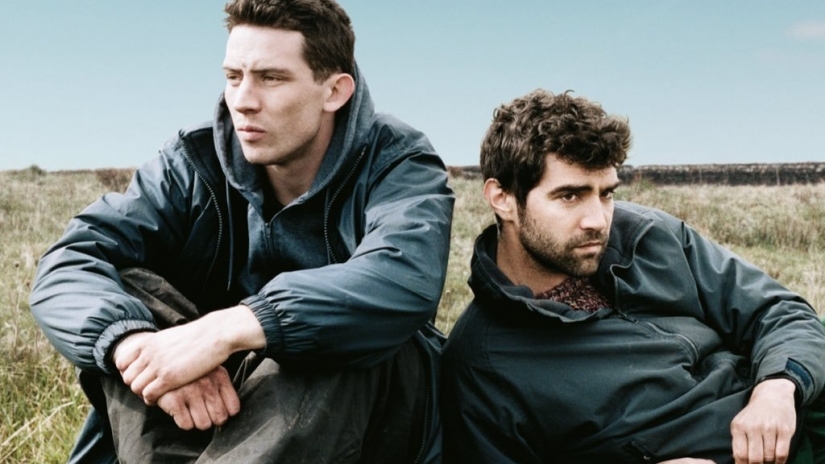 From writer/director Francis Lee comes God's Own Country. And it's an astonishing piece of work…

There are few things better than a love story. Although the story could be set in a world unfamiliar to us and featuring characters vastly different from our own selves, there will always be that universal undercurrent, that sense of shared experience. Of feeling, or having felt, just like that in our own lives. It’s when these love stories get bogged down in saccharine sentiment that they lose that emotional connection with the viewer, instead becoming more like escapism than something that reflects the human experience. God’s Own Country doesn’t have that problem. Not at all. Instead it may just be the most marvellous and tenderly-told film of 2017.

Twenty-something farmer’s son Johnny (Josh O’Connor) is the centre of the film, which opens bright and early one morning in the Yorkshire countryside. Expect Johnny is feeling far from bright; dawn is fast approaching and he’s retching into a toilet as opposed to being out at work on the field. It soon becomes clear that his sickness is self-inflicted, having been heavily ‘on the sauce’ the night before. The reasons for his heavy drinking, which occurs which apparent regularity, soon become equally clear and wholly understandable. His daily life is little more than a daily existence, as stark as the area in which he resides. Since his father’s stroke he has become solely responsible for running and maintaining the farm – he rises early, works, works, works, drinks, sleeps. Repeat ad nauseum. The only connections he has in his life are with his ailing father, frowning grandmother and brief sexual encounters.

It feels undeservedly cliché to say that everything changes when Romanian farmhand Gheorghe (Alec Secareanu) comes to help out during lambing season, but it’s true. Not in the chaotic, drama-filled, big and bold way often shown in the movies. Instead it’s momentous in a slower, internal, building way that happens in reality. When we meet someone new we don’t always know how important they will become to us. When we have that first coffee with someone we don’t think about how this person may be a future wife or husband, instead we discover more about them and, just maybe, in turn discover ourselves.

It feels important to reiterate that this isn’t coming out movie. It doesn’t focus on issues of acceptance of sexuality, from selves or from others. Nor is it a love against the odds, a presumption which may be caused by the ongoing comparisons being drawn to Brokeback Mountain (2005). The primary link between the two films is the harsh landscapes, the ruralness and the replacements of cowboys for farmers. That’s pretty much where the similarities end. Yes, God’s Own Country does have some pained expressions but those aren’t due to fear of discovery – they’re due to fears of self.

Johnny is a young man who is not happy and has not been happy for a long time. His social interactions are minimal, the pressure from his family is overwhelming and all feels bleak. At first rejecting any engagement with Gheorghe, both out of fear and the self-fulfilling toil of loneliness, the initially tentative tenderness builds. The smallest gestures begin to bring Johnny out of himself, one small step at a time. It’s moving and profound to watch – only possible thanks to two truly extraordinary performances by the central leads as you find your heart slightly shattered and wonderfully warmed in equal measure.

This is a love story, a truly great one, showing the transformative and healing powers of loving and being loved. It’s moving, beautiful and will be one of the best films of 2017.

God’s Own Country is in UK cinemas now.