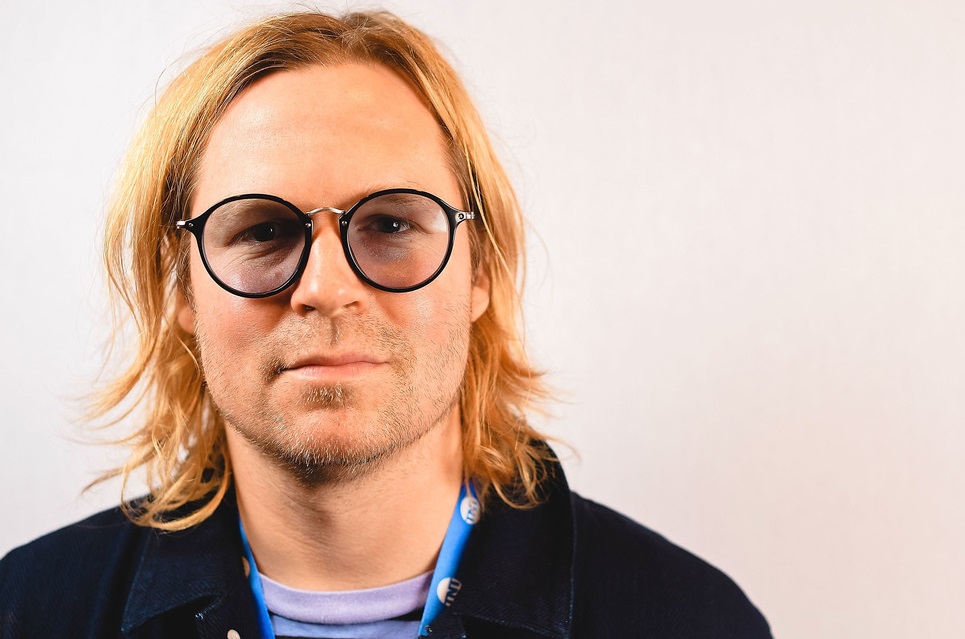 Around this time every year there’s a low-budget indie release you’ve probably been hearing about for months. Sometimes it’s got a couple of faces you know in it, but often it’s a complete enigma on a cinema slate filled with summer remakes and blockbusters.

Patti Cake$ – the tale of an aspiring rapper living in dead-end New Jersey – is this year’s Sundance hit, and we’ve been speaking to director Geremy Jasper about making the film, casting an unknown as his lead, and why he doesn’t want to direct a Star Wars movie.

Danielle Macdonald is a real find – what was the audition process like for Patti and how did the role ultimately land with her?

There wasn’t actually an audition. I got into the Sundance Director’s Lab programme, which is a pretty incredible situation – Tarantino’s been through it, Paul Thomas Anderson, Ryan Coogler. There’s been a lot of great independent films that have gone through that programme and they picked up Patti Cake$, which was an amazing thing because I was such an outsider. I don’t have a film background, I wasn’t a guy in independent film – I was a musician.

You go out to Utah for a month and bring actors with you to workshop some scenes from the film. The character of Patti is so specific and based on young women that I grew up around in New Jersey. She had a specific build, and I was really looking for something very, very particular. We did some preliminary castings and couldn’t find anyone, but then my producer remembered Danielle from her first film.

He put her picture in front of me and it was love at first sight. That’s who I was looking for, that was the face I had in my brain that I’d been carrying around.

So I brought Danielle out. She’d never rapped before, she’s Australian and she didn’t know anything about New Jersey. But she could connect with Patti as a human being, and could bring this wide range of skill and emotion to this character who was sort of limited on the page. I started working with her and within ten minutes I knew that this is who I wanted to be my partner throughout process.

I come from a music background and we spent the next year and a half training. She worked her ass off to become Patti. We went out to Jersey and she got the vibe, I bought her some Timberlands and she started working with an accent coach. She got a swag coach. She just became this character and there was this real transformation that happened. Her personality is very, very different from Patti’s. It was a real metamorphosis. You’ve described the story as a version of your own adolescence, what made you decide to gender-swap that lead role?

The character came first, that was the interesting thing. It wasn’t like ‘Oh I really need to write a story about myself’. I had the idea for Patti as a character and then as I started writing her I realised I was working out a lot of my own issues and was then able to put a lot of my own experiences into her experience. I wanted what Patti wanted at that age. I didn’t want to be a rapper in the conventional sense like she does, but I was writing similar songs to what PBNJ create.

I was like all those band members rap didn’t want. They were all different facets of my personality and taste. That’s the fun thing about creating your own world, you’re able to combine your own experiences and the experiences of people that you know and love with your imagination. It all gets sewn together into something new.

There were times when I was watching that the film felt like a 90s throwback – was that an intentional choice?

We didn’t embrace technology in the film, we wanted it to be on its own clock and to not date itself. For me, I wanted it to be a collage of time. Jheri has a smartphone but Patti has a flip phone. A lot of these characters would be getting their clothes as hand-me-downs or second hand – New Jersey is not a very glamorous place so it’s a little bit out of step with fashion trends.

The music harkens back to more of a 90s style, which has come back into fashion. Nineties hip hop is what I grew up listening to, and then suddenly 25-years has gone by and now that’s considered classic, the gold standard for what things should sound like. There’s definitely a 90s vibe but it’s not supposed to take place in the 90s.

Was it important for you to fill the film with new faces and fresh talent?

Definitely. I wanted Patti to be someone you’ve never heard or seen before so that, when you experience her, you’re not coming with preconceived notions but just experiencing her as the real thing. It’s a real discovery. Sometimes people think that Patti was just an up and coming rapper from Jersey who I just decided to write a film around. That couldn’t be further from the truth, but I like it. That means that what we did worked.

Once you have a few characters who you’ve never seen before, if you throw a famous face in there it really throws off the balance. I’d worked with Harvey Keitel before, I love him, and I wanted to put him in the bar. But you have that kind of bar and suddenly Harvey’s in there and it throws off how believable the place is. You really shouldn’t be able to recognise anybody.

We have Nick Sandow from Orange Is The New Black but he looks different. He doesn’t have the moustache. Then Cathy Moriarty, people don’t even recognise her in the wig and aged up twenty years.

How did you sidestep some of the cliches or tropes of this kind of underdog hip hop movie and were there any you decided in the end to lean into?

It’s almost a weird saying because I don’t know what those tropes are. I tried not to think about it too much, I was just trying to figure out things that just felt real and right. It’s obviously a genre but these are such unconventional characters that I was excited about the hero’s journey we’re used to seeing but let’s have the most unexpected characters going through that.

It’s a challenge trying to do something fresh with the form, and also not fighting the form. It’s a form for a reason so what can you do with it? Also, this is a film for younger people and I don’t know how many of those classic hip hop movies these kids see – maybe this will be the first one. It’s mostly being compared to 8 Mile, which is now considered a kind of retro hit…

Right, and with the 8 Mile thing, it’s like if you’re going to make a boxing movie everyone’s going to compare it to Rocky – it’s the gold standard of the form. There’s a caucasian who’s rapping and that’s something you can’t get around. I think we go to a lot of different places than 8 Mile does. Just in the first scene you’re in a psychedelic dream world, it’s a lot more expressive and emotional. People are lazy when describing things. It bums me out but it is what it is.

Speaking about that magic realism element, does that come from your background as a music video director?

Absolutely. It’s the reason I got into films, things like Fellini and David Lynch, I like the dreamier, more expressive style of film but with a human story. I wanted it to be a combination of those things. My background in music videos allowed me to create these hallucinatory, surreal worlds, and it was something I wanted to inject into the film.

(laughs) Right, karaoke is always haunting me. I’ve never done karaoke in my life so I don’t know why it has such a hold on me.

The white working class in America are having a bit of a cultural moment, for good and bad reasons, is that something you were intentionally addressing?

No, I’ve been working on this film for five years so no one gave a shit about the American blue collar working class. That’s just where the story was taking place and then suddenly, we were editing and the election happened and Patti’s town became completely different. You saw it through a different lense because of what was happening politically. For me that made the film much more nightmarish, when suddenly you’re looking at these townies through a very different lense. You’re realising what they may stand for in a bigger political sense.

I’m bad at explaining things because it’s my movie, but there’s an article on the Daily Beast about Patti that I thought was really insightful. It’s a hip hop movie about someone trying to get out of Trump-land. That was not the intention but it’s where things eventually went.

There’s also the scene where she’s confronted for her cultural appropriation.

If it wasn’t for the Sundance experience the film wouldn’t exist. It’s given us a platform and a place to show it, a place to develop it. Sundance really took this film under its wing and supported it. It’s a film with no movie stars and the hero is a heavy-set white girl who’s not apologetic about how she looks. This is not the mainstream, Hollywood version of things.

In an ideal world this would be a huge crossover hit, but just the fact that we were able to show this film to people and they responded and we’re going to be able to show it in theatres – that’s a fucking miracle, it’s incredible. America needs to change its tune to what kind of films we’re seeing.

I know it’s kind of the Den of Geek bread and butter, but aren’t we all sick of spandex by now? Aren’t we all sick of remakes and sequels? It was cool in the beginning to have comic book movies because they didn’t exist, but now, it’s like eating too much sugar. We’re cinematically diabetic right now, and I’m personally sick of it. I’m not really interested in most movies that are out. We’re not going to see you directing the next Marvel film, then?

No. Definitely, definitely not.

That is a trend with directors like yourself, where you have an indie hit before being offered the keys to the kingdom – how do you feel about that?

I think it’s a pitfall, personally. It depends on what you want to do as an artist and as a director. People have different loves. I grew up as a Star Wars fanatic but the thought of directing in that universe is half really exciting for me because the world is so rich, but also it’s not interesting because you want to create new characters and a new universe and have your own rules.

That’s why you’re an artist, to write your own characters and to create something from your own imagination. I just feel like we need to stories and we need new characters. This rehashing, I feel like we’re all trapped in something and we need fresh ideas. That’s what I’m dedicated to but, that being said, you’ll probably see me in five years directing Spider-Man 12 or Sharknado 17.

What is next for you?

I’m working on this new sci-fi film that I’ll be writing for the rest of the year. Hopefully that’ll be its own unique universe, but we’ll see, I have a lot of work ahead.

Geremy Jasper, thank you very much!

Patti Cake$ is in UK cinemas from today.