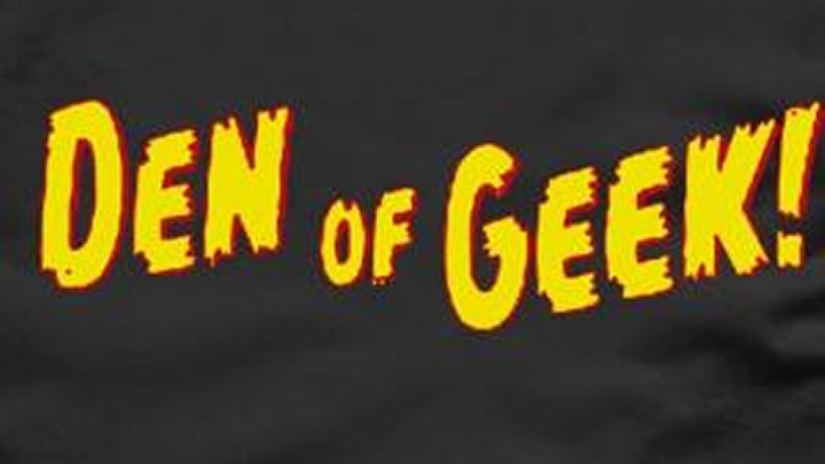 A few words about emotional abuse, and trying to stop others grinding you down.

Hello and welcome to Geeks Vs Loneliness, our spot on the site where we try and talk about things that may be affecting you, and/or the people around you. Our simple rules are we don’t offer miracle cures, we just hope we can occasionally offer something that’s useful. Not every article, inevitably, is for every person. But you’re all very welcome for one of our virtual Geeks Vs Loneliness hugs.

See related
Doctor Who Christmas special scene to air during Children In Need
Doctor Who: Moffat on budget issues, advice for Chibnall
Doctor Who: Jodie Whittaker talks more about her casting

This week, one of our contributors has something to say about emotional abuse. We’re handing over to her…

This article was prompted by a Geeks Vs Loneliness article a few weeks back about confidence in writing. For me it came at the perfect time. I am lucky enough to have had my work used on this website, a fact I still have to pinch myself about. It’s something I’m immensely proud of but it’s also something that for the past six months I’ve been unable to do.

From August 2016 till June this year I was in a relationship with a guy called Adam (not his real name). Adam was an artist, into animation and we hit it off immediately. We both loved music, I was full of movie recommendations for him, he was writing me up a list of TV shows that I needed in my life; it was so much fun I could hardly believe my luck.

In the beginning it was an absolute joy to be with someone as creative as Adam. I wouldn’t describe my writing about films and telly ‘creative’, but there is a process of creating when you’re writing articles and reviews and that process is something that’s shared in varying degrees by anyone I’ve met who writes or makes or draws (unless you’re one of those people to whom this comes easily, in which case, I’m ridiculously jealous of you). Adam and I naturally came together to talk about our work, we were encouraging and constructive and it was great, right up until the point that it wasn’t.

I’d give Adam pieces I’d finished so he could give it a quick read and let me know what he thought before I sent it off, sometimes I’d make changes and sometimes I wouldn’t. After a month or so of giving me generally helpful suggestions the tone of Adam’s feedback changed. “Babe, are you sure you want to send that off?” in the kind of intonation that suggested I shouldn’t.

It was a slow and steady progression after that. From inferring that I shouldn’t send pieces in, to gently telling me I wasn’t up to scratch, things like “Babe, I don’t think this is great”, “Babe, this isn’t very good”, as if the “Babe” softened the blow at all. Then it was things like “I don’t think you’re cut out for this”, “I think you should stop, you’re embarrassing yourself sending that to people”, “It’s ok to quit, I don’t think you’re not going to make it, Babe”. If it wasn’t so awful I’d be kind of amazed by the power those words had on me. I can still hear them in my head as I type this.

It doesn’t take a lot to plant a seed of self-doubt in my head. I am, as I’m sure many of you are, quite self-deprecating. Mainly to raise a laugh but, as much as I detest amateur self- psychology, there’s maybe a bit of impostor syndrome going on too. My predisposition to assume myself less capable, coupled with the fact the critique was coming from him, the person I’d liked enough to trust with the thing that I was proudest of, was enough to convince me that he was on to something. I’m not one to shy away from constructive criticism, I actively encourage it, but his word were not in that vein. They were deliberately harsh and delivered in a slow, steady stream over weeks and months.

It was at that point that I stopped sending him articles to read, thinking that that would put a stop to it but it just made it worse. “What the hell is this?” he said after something I’d written was used without his prior knowledge. “It’s garbage, I can’t believe you actually showed this to people.” When I tried to stand up for myself Adam would sulk for days, guilt tripping me by saying that I didn’t value his opinion and if I said that I didn’t agree with him he would dismiss whatever I said by claiming he knew better (he was university educated, I am not, something I’m pretty insecure about which he used to his advantage), and if I ever call him out of his harshness he’d make me feel like I was being oversensitive and that he was only being honest because he loved me.

And so I stopped writing. I couldn’t handle his berating so I stopped doing the thing that made me happiest. But, it didn’t end there, Adam just found other things to slate me about. What I wore, how I did my hair, how much make up I had on, how I spoke, things I posted on social media, it didn’t really matter what it was as long as he could criticise me about it. It’s death by a thousand cuts when you’re in a relationship like that, a sort of cumulative misery that creeps up on you over time. I didn’t feel like I could share it with anyone so I let him chip away at my confidence, making me feel more and more alone.

I can’t tell you what it was that made me leave; I genuinely can’t remember what he said and what he said it about, but something in me snapped so I got up and walked away. I know now I should’ve gone long before then and reading this back I’m angry at my past self for not realising it sooner, but hindsight is 20/20 and it doesn’t do us well to pick over the woulds and shoulds and coulds.

Emotional abuse is, understandably, a fuzzy area for a lot of people. If your partner has shouted at you, ‘abuse’ might seem like an overly dramatic word to use; a lot of couples have rough patches so how do you differentiate between that and abuse? For me it was the fact this happened over a sustained period of time, not just the criticisms but the guilt tripping and undermining; Adam’s behaviour made me feel controlled and like I couldn’t share what was happening.

If you think this might be happening to you I would urge you to speak to someone – a friend, a family member, anyone with whom you feel comfortable. There are plenty of online places for you to seek advice as well; Women’s Aid and The Men’s Advice Line both have helplines and e-mail addresses that you can get in touch with to speak about domestic abuse. Also the charity Relate has a great page with information specifically about emotional abuse and their website is a great resource for anyone looking for any kind of relationship advice. You don’t have to be alone in this, there are people who want to help you.

At their best, relationships help us grow and improve ourselves and we have no way of doing that if our nearest and dearest aren’t honest with us. But if a person is with you so they can criticise you, make you feel guilty and run your self-esteem into the ground then that is a problem. You are worth more that and you deserve better.

As this article attests, I’m trying to write again. I have enough people around me that I trust to give me honest feedback and enough faith in my own abilities to drown out any niggling self-doubt in my mind. I won’t tolerate anyone who wants to treat me like crap, and neither should you. As one of my favourite shows of 2017 has taught us, “nolite te bastardes carborundorum” – don’t let the bastards grind you down.

Thanks, as always, for reading.