Game Of Thrones season 7 episode 4 review: The Spoils Of War 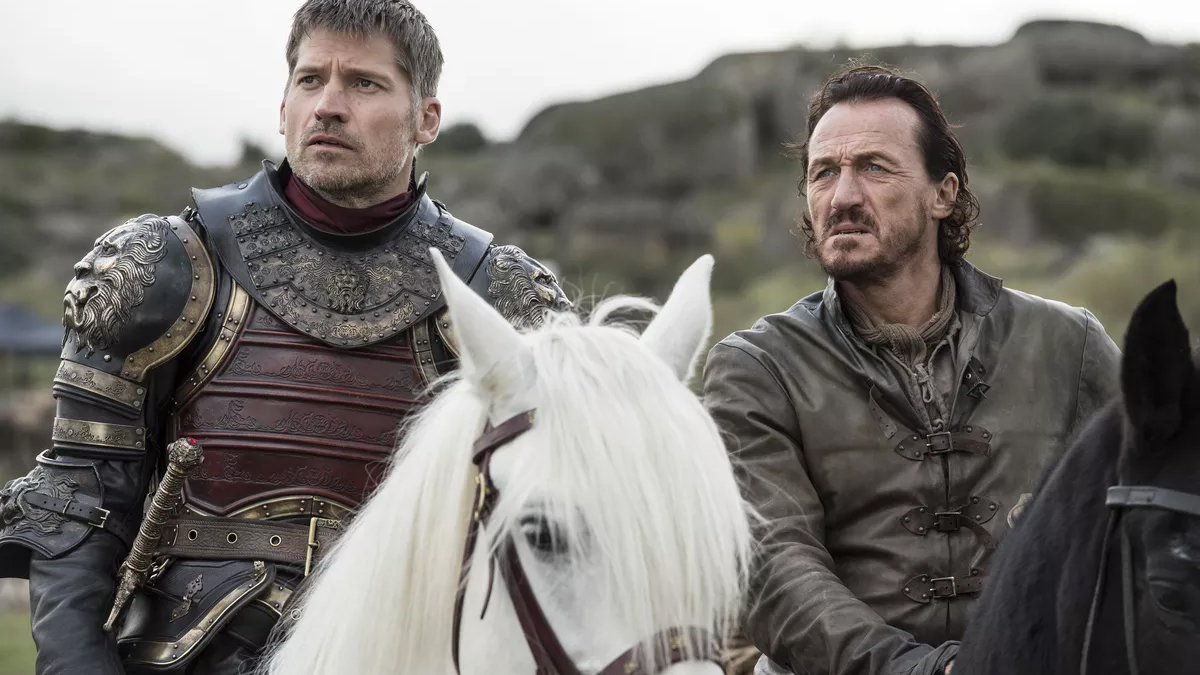 The latest Game Of Thrones episode spoils viewers with action that's as emotionally gripping as it is spectacular. Spoilers ahead…

It’s been two hours since Game Of Thrones aired The Spoils Of War in the United States, and I’ve been sitting on my couch for nearly the entire time, trying to figure out just how to do the show justice. Game Of Thrones is one of the most intense viewing experiences on television, and the seventh season is pulling absolutely no punches when it comes to satisfying viewers with emotionally gripping spectacle. I’m not even really sure where to begin, but if you haven’t seen the episode, I’ll reiterate the spoiler warnings you’ve already passed by to tell you to stop right now and come back after you’ve viewed the episode.

Had The Spoils Of War simply featured the sparring scene between Brienne and Arya as its action centerpiece, it would have still been a great episode. The sheer physical difference between the two actresses makes it a fascinating scene, with Brienne first taking it easy on the smaller Stark, only to find herself bested by her faster opponent. Brienne and Arya eventually find themselves in a stalemate, as both stop giving the other the benefit of the doubt and start testing one another truly. It’s a new friendship, building right before our eyes; Gwendoline Christie and Maisie Williams both do great work in a very short scene.

Maisie Williams’ multiple appearances show her growth as an actress. She’s confidently steely when dealing with the door guards, she’s got a warrior’s swagger when she approches Brienne and tells Pod that the best skill a warrior can have is picking the right battle. Her reunion with Sansa is sweet, and her reunion with Bran is actually also kind of touching. All three Stark kids have changed, wildly in some cases, and Arya might be the only one of the surviving Starks that can really appreciate (but probably not understand) Bran and how much he’s changed. Bran coldly sends away his only friend Meera (Ellie Kendrick does a phenomenal job with the scene, really carrying the emotional weight) because he has his own work to do and no longer needs her. She might be the only one who understands just how different Bran is since he left the cave of the Three-Eyed Raven and sacrificed his friends and travelling companions in pursuit of a larger goal. Bran’s no longer a Stark, and Arya still spends a lot of time being No One.

However, while there are a lot of great character moments courtesy of David Benioff and D.B. Weiss’s script (Davos Seaworth/Liam Cunningham continues to routinely steal scenes he’s in without being too showy), the real stand-out moment would have to be the incredibly long, incredibly intricate battle scene at the end of the episode. Having successfully sacked Highgarden, Jaime Lannister sends the gold on ahead to King’s Landing while returning with food from Highgarden’s stores to feed the Lannister army for the war ahead. They’re in no particular hurry, despite Randyll Tarly’s urge to “encourage” the slower soldiers with floggings and threats.

Until Bronn hears something approaching from the other side of the hill.

There’s so much tension in the scene before anything actually happens. You get Jaime yelling at the troops to form up lines and protect the stolen goods, which they do. You get Bronn looking troubled, for good reason, and the sound in the distance slowly gets more and more distinct. The rumble of charging horses and the ululating of the famed Dothraki screamers as they charge into battle to get their first taste of Westerosi blood. Human forces are bad; a Dothraki horde being led by the Mother of Dragons on the back of one of her angry children is something else entirely. Even the best army can’t stand against that.

But the Lannisters give it a good try anyway, and while carts burn and explode thanks to dragon fire, Jaime leads his men and tries valiantly to shoot down a dragon with arrows, Bronn is more interested in simply surviving. The battle is a chaotic thing of beauty, clashing swords and screaming, bleeding burning soldiers that is one of the most impressive in a season full of impressive battles. I’ve never seen so many stuntmen on fire at one time, and at various points, there are dozens of men on fire running around at the same time. Matt Shakman has stepped into a show known for big battle sequences and somehow topped them all, which is amazing considering just how great the battles on this show have been.

Most of the combat is shown from Bronn’s perspective, in a stunning long take that only raises the tension all the more. By the time Bronn finds his way to the scorpion to use the only weapon they have that can slow down Drogon, there’s legitimate fear that Bronn—the only normal man on the battlefield that we know—is in serious danger. Game Of Thrones has never been a show that’s been afraid of killing off major characters, and to have Daenerys, Jaime, and Bronn all at risk at the same time creates serious anxiety and conflict. Jerome Flynn is phenomenal as he shifts from fear to determination; Bronn might die, but he’s going to make sure Daenerys gets a taste of what an up-jumped sellsword can do with the proper motivation. (In the interest of disclosure, I was rooting against Daenerys the moment she turned her dragon fire in Bronn’s direction, and I cheered loudly when Drogon was hit by the bolt.)

It could be argued that a battle like this with no main characters dying is a cop-out, but there’s no telling just how this is going to work out for Jaime and Bronn (and the hilariously named Dickon; Bronn’s cackle at the young man introducing himself is a perfect moment of levity for him). Jaime’s battle plan would have worked were it not for the dragon. Bronn showed a toughness and a bravery unexpected for him. Daenerys got her first taste of combat and put herself at risk in the process—like Jaime, she could learn a lesson in leading from the back, not the front.

As for Tyrion, his observation of the battle is one of the better moments the character has had in the last couple of seasons. He’s rooting for his queen, and yet he’s still hoping against hope that his brother won’t do the stupidly brave thing that Jaime does. Tyrion is as anxious as the rest of us! He knows the good and the bad of all three characters involved in the combat, and while he has his rooting interest, he also has a family member and friends (though he may not know Bronn is involved, Tyrion always struck me as the type who’d be friendly with the commoners in the army, if only because of a shared love of wine and prostitutes) at risk of death via random dragon heartburn.

Given that all three survive, albeit a little worse for wear, the reunion of the brothers Lannister and Bronn with his benefactor should be sweet. Assuming of course that Daenerys doesn’t just have Jaime and Bronn killed. Then again, she does need a good military strategist at her side, considering her army is looking a little thin. Plus, it’d give Jaime a full redemption arc and keep the Lannister/Bronn bromance alive.

US Correspondent Ron Hogan is really enjoying watching Littlefinger realize slowly that he’s in over his head. First, ‘chaos is a ladder’ is quoted back at him and then he smiles that strange smile at Arya as he watches her battle Brienne. That creep is planning something! Find more by Ron daily at PopFi.