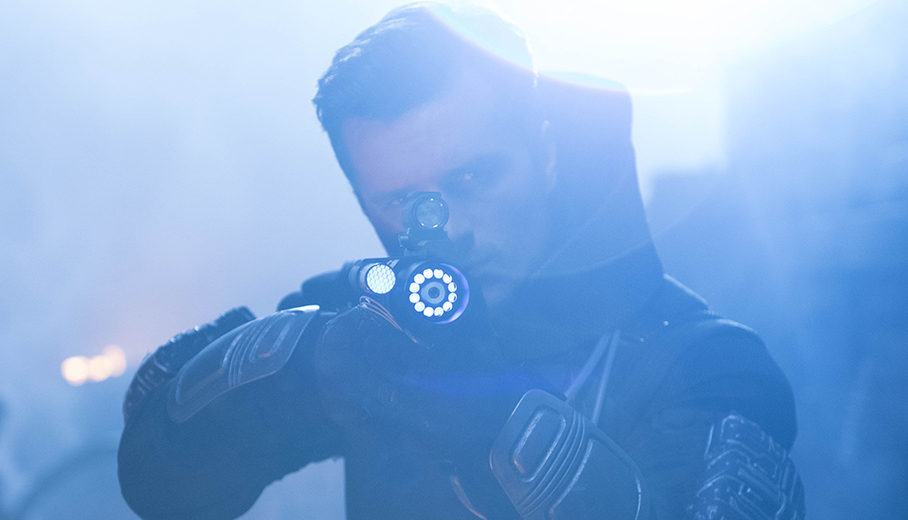 The first official trailer for Future Man, starring Josh Hutcherson, is chock-full of classic science fiction references. Are you in or out?

Imagine a mash-up between The Last Starfighter, Back to the Future, and Terminator, and you’ll have a pretty good idea of the premise behind Hulu’s new time travel comedy, Future Man.

From the minds of Kyle Hunter and Ariel Shaffir, the writers who brought Sausage Party to the big screen, Future Man tells the story of Josh Futturman (Josh Hutcherson of The Hunger Games), a janitor by day/gamer by night who is recruited by mysterious visitors to travel through time in order to prevent the extinction of humanity.

The first official trailer for Future Man just sprung out of this year’s New York Comic Con, and it definitely gives viewers an in-depth view of the show’s premise, but it also highlights the various homages given to the films that inspired the series.

Check it out below…

Future Man also features the talents of Eliza Coupe (Casual) as Tiger and Derek Wilson (Preacher) as Wolf, the two travelers from the future who seek help from Josh, mistakenly relying on skills he displayed in a video game. In one of her last performances before her death, Glenne Headly plays Josh’s mother alongside Ed Begley, Jr. as Josh’s father.

Future Man will drop all 13 of its episodes on Hulu’s streaming service on November 14, 2017. We’ll let you know when the UK grabs it.