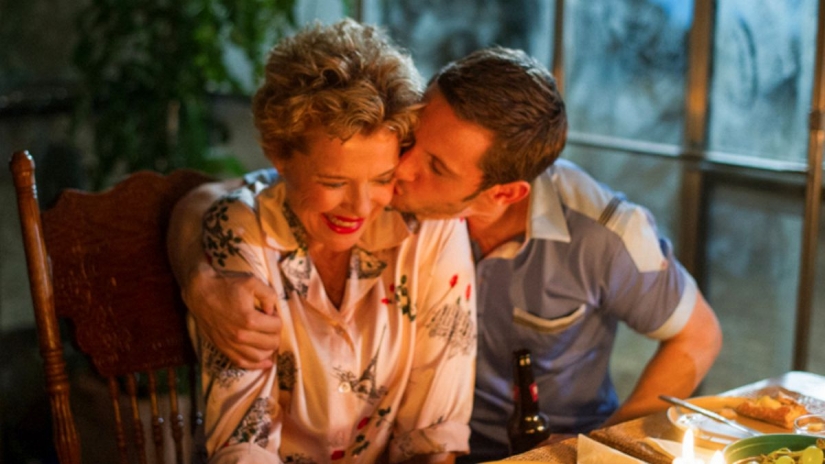 Peter Turner is a man with quite a story. His memoir, Film Stars Don’t Die In Liverpool, tells the tale of how he, as a young man, befriended and struck up a relationship with Academy Award-winning screen siren Gloria Grahame in her later years. And, as the title suggests, this unlikely coming together occurred in the north west of England.

It’s a story that’s been adapted for the screen by Matt Greenhalgh, under the direction of Paul McGuigan. And the subsequent film proves to be an affectionate, warm, moving picture, about Turner and Grahame’s lives intersecting, with the latter in the apparent twilight of her career, treading the boards in theatre. It’s when she’s on stage one night that she collapses, and puts in a call to Turner, at this stage in his life an actor in his 20s in Liverpool. Can she, he asks, stay at his family home as she aims to recover?

He agrees, and the film the film then gives us a flashback and present narrative, leant impact by McGuigan’s lean, concentrated staging of the story. His opening titles leave his love of cinema clearly on the screen, and his unfussy direction demonstrates a range for which McGuigan often doesn’t get credit (his opening episode of Sherlock shows just how good he is at bringing quiet to the screen, no matter what else is going on around the story).

His masterstroke in this case though is one of casting. Jamie Bell is strong in the role of Turner, but this is very much Annette Bening’s show. For the second time in a year, she’s demonstrated just what an excellent actor and strong screen presence she is. The film doesn’t choose to obfuscate much of where it’s heading, but then it’s hard to call it a problem when treated to such an impactful lead performance. This, and 20th Century Women, make it a stellar twelve months for her on the big screen. It feels like she belongs there, too.

There are some nice supporting turns here too, with Julie Walters in particular notching up another quality performance in spite of having not much screentime to work with. One or two characters feel a little shortchanged perhaps, and it’s not always an easy film to watch. It’s at its very best in the early stages, where the detail is rich, and the care in telling the story particularly apparent.

It’s an unusual romantic story this, peppered with awkwardness, unease and yet two people at the heart of it with a genuine attraction and affection for one another. It’s a moving and tender piece of work, worth seeking out for two excellent central performances. And quietly, Paul McGuigan continues to prove he’s a better director than he tends to be given credit for.