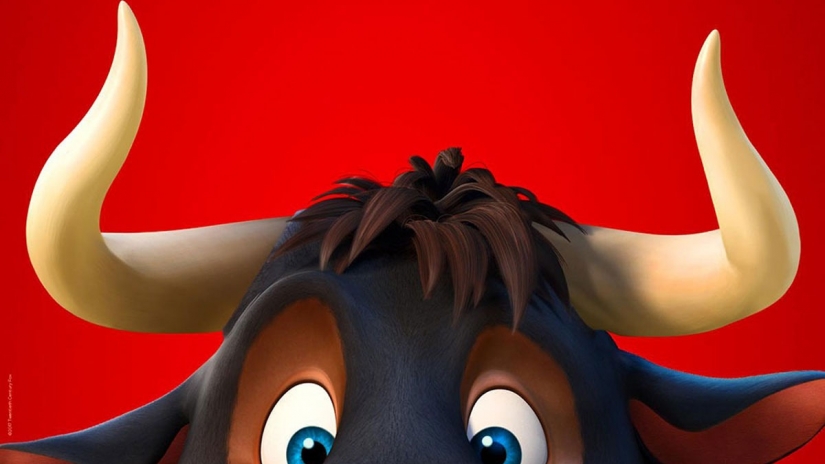 From the studio behind the Ice Age films comes Ferdinand, a funny, sensitive film with a good heart. Here’s our review…

Part of the legend surrounding Munro Leaf’s 1936 children’s book The Story of Ferdinand is that it was written, start to finish, in less than 40 minutes. It’s a short story, 30 illustrated pages and maybe 600 words, about a Spanish bull who prefers to smell flowers than to fight.

Blue Sky Studio’s feature-length adaptation has, naturally, taken a great deal longer. The project was first announced in 2011 and originally scheduled for a spring, then summer release this year. (It’s finally opening this month against Star Wars: The Last Jedi, just as its previous non-Ice Age film, The Peanuts Movie, opened against The Force Awakens.)

Why the delay? Story, says Carlos Saldanha, also the director of Rio, who has been with the studio almost from the start. Turning 600 words into 107 minutes of screen-time took some toil. (Disney’s Oscar-winning 1938 adaptation of the book was just 8 minutes long). That Blue Sky has managed to stretch this little material into a fun family romp deserves real kudos, but the effort is visible.

We meet our hero as a bull-calf living at the Casa del Toro compound, where matadors come to select adult bulls for the ring. Determined from the off that he’s no fighter, the young Ferdinand breaks out and finds his way into a utopian life on a flower farm. There, he becomes the companion of little girl Nina. If you’ve seen the trailer, you’ll know what transpires. There’s lots of slapstick comedy, another escape attempt, a rescue mission, a mighty chase, a reunion, and lessons aplenty learned along the way.

Set in the contrasting environments of rural Andalusia and urban Madrid, the art design provides some beautiful moments. One wistful shot in particular sees the traditional windmills of Southern Spain give way to modern wind turbines. The city scenes are riotous with colour, and Ferdinand’s preferred spot underneath his cork tree overlooks a magnificent vista.

Voiced by former professional wrestler John Cena, Ferdinand is a very likeable hero and a hugely positive role model for kids whose natural instincts don’t go with the flow. On one level, his is a simple story about not bending to peer pressure, and ploughing your own furrow. On another, it provides a model for a more inclusive form of masculinity, one in which big, strong bulls can love flowers, and male friendships are encouraged to be supportive rather than competitive.

And even if the original author shied away from the label, Ferdinand is also a pacifist symbol (so much so that, on first publication, the book was banned in Franco’s Spain and burned in Nazi Germany). Granted, we’re in a different political context to the 1930s, but a character choosing beauty over the violence they’re expected to commit remains a heart-soothing message in any age.

It’s hard though, to get away from the fact that Ferdinand’s large cast of characters—both human and beast—feels scattershot. There’s a sense of everything being thrown at the film to fill in the gaps of a story premise that’s allegorically powerful but actually pretty sparse. There are lengthy dance sequences, multiple chase sequences, training montages, a zany comedy goat voiced by Kate McKinnon, a comedy trio of hedgehogs, another comedy trio of Lipizzaner ponies… It’s colourful, funny, entertaining and has a positive message, ticking the boxes for most parents taking young children to the cinema.

In some ways, you could say it’s a fairly bold proposition. Without showing any traumatising gore or violence, it makes it clear what the end result of bull-fighting is for the animals. And thanks to a sub-plot involving the ‘chop house’ (where bulls go to become, er, ex-bulls), it even contains a good argument for vegetarianism. Not since perhaps Chicken Run have the main characters spent a film with death sentences hanging over their heads.

With a strong start and a strong end, Ferdinand wobbles in the middle. That’s where there seems to be a bit of bet-hedging going on in terms of whose story this really is. One supporting character—tough, troubled bull Valiente—has a strong arc with the potential for real payoff, but his story is accelerated in an effort to get through the many action set pieces. Nina’s character and story are among those that aren’t quite developed, perhaps harking back to earlier and different drafts of the story.

Overall, Ferdinand is very likeable, has a big heart, looks a treat and offers plenty of gags. Ultimately though, instead of character or story, it feels led by message. Even if you absolutely love that message, it’s not the same as absolutely loving the film.