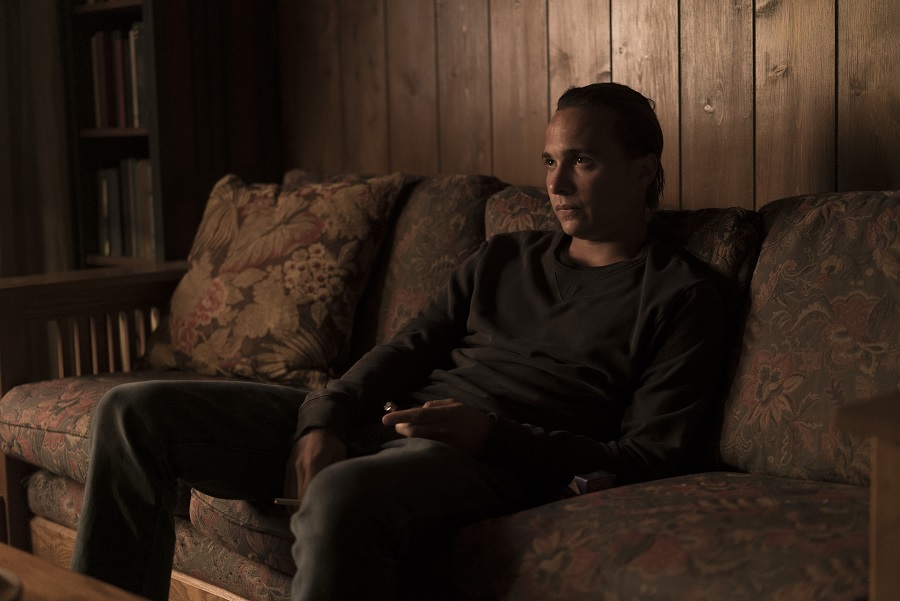 Fear The Walking Dead season 3 returned last night in the US and arrives tonight in the UK. Here's our spoiler-filled review…

Nature abhors a vacuum, and any vacuum will inevitably be filled by something. That goes double for a power vacuum. With the death of Jeremiah Otto at the end of last season comes an uneasy partnership between two warring factions. On one side, Walker and his American Indian tribe. On the other, Jake and Troy Otto and the tattered remains of the Otto militia. If that’s not a recipe for disaster, you don’t know Troy Otto.

I kind of gave up on Fear The Walking Dead last season. I checked in for the first couple of episodes, then I went on a vacation and then took a little bit of time away from the show, but I have to admit that coming back to it—and binge-watching the bulk of the third season—has given me a renewed appreciation for the show and what it’s trying to do. The Walking Dead is a survival drama about warring camps; Fear The Walking Dead, from what I can see, is trying to show just how cooperative groups of society stopped being the mode of human survival and how things devolved into armed groups sniping at one another with high-powered rifles.

Of course, just because I’ve enjoyed the show, that doesn’t mean that the characters still aren’t amazingly stupid. Nick finds himself made into a leader of the angry American militia side of town, while Ofelia is the voice of reason for the angry Native American side of town. Given that both sides have no leadership—Jake is recovering from anthrax poisoning while Walker decides to up and leave on a mission to gather water with Madison, the peace goes from uneasy to full-on teetering on the brink of war.

Madison leaving isn’t a terrible idea, as she’s proven that for whatever reason, people listen to her. Walker leaving his group, however, is a horrible idea, if only because without him around, his people seem pretty prone to violence. The Texas side of the ranch is also very violent, because Jake isn’t a terribly effective leader and Troy—the Otto brother that most of the angrier militia types seem like they’d listen to—has been cast out of the group (yet left to live even after he takes the time to murder another Indian fellow on his way out the door and attempt to choke Madison to death). He’s dangerous, as shown by the way he engages in a one-man shootout versus a dozen or so armed men prior to his banishment, and he’s allowed to walk off into the desert rather than being taken out for “banishment” and then “banished” into a shallow grave somewhere out in the desert.

I have to give a lot of credit to actor Daniel Sharman. I was a fan of his on Teen Wolf, and I’m a fan of his on Fear The Walking Dead, because he brings a lot of super-villain panache to the roll of Troy. He’s popping his eyes out and cackling madly, and he’s generally trying his best to audition for the inevitable recasting of The Joker in a Batman film, and it’s actually effective. When Troy shows up in hallucination form to help Nick escape from the sweat box, it seems like something that Troy would actually do, if only because it would cater to Troy’s need to die for a cause in a blaze of glory.

Ditto Strand and Madison’s reunion in The Diviner, which has a solid emotional resonance to it. They’re flawed characters, and they have a bond now that they’ve both lost loved ones. To see Strand in such a shabby state is a fun parallel to his beginning moments, trapped in a cage with Nick at some sort of government concentration camp. Strand, and Colman Domingo, work best from a position of weakness, because Strand always seems to make his weakness into a strength somehow.

The way that Minotaur director Stefan Schwartz and The Diviner director Pablo Cabezas built tension is fun to watch. Troy, true to his nature, uses others to do his dirty work, freeing him up to respond with violence; he’s not a martyr, but he’s martyred enough to cement the support of his former militia members back at the ranch. That they turn to Nick is nothing but a complete misunderstanding of his method, but it gives Nick a position of strength to negotiate from, so when he takes actions for the good of the group, it keeps his people in line and allows him to couch any slowness to act on his part as the opposite of Troy’s rash actions. Nick moves slowly, and his people move with him, because he’s talking the talk just well enough to keep them in line. When things threaten to bubble over, Nick is there to be a leader and guide his people into a more peaceful direction.

Peace won’t last. Peace never lasts, especially with someone like Troy out there ready to return with a vengeance for vengeance. There has been too much blood shed, and too many lines crossed, for the cowboys and Indians to place nicely together, no matter how hard they might work digging a well to nowhere at the end of The Diviner. It’s only a matter of time.

If it’s not internal pressure, then it’ll be an external force breaking them apart. Humans might unite together for a common cause, like not dying of thirst, but eventually all the old problems will resurface. Troy will undoubtely come back to resurface them and retake the family farm.

US Correspondent Ron Hogan was pleasantly surprised to find that Fear The Walking Dead works pretty well as a binge watch. Maybe just don’t watch a whole half-season in a single day. Find more by Ron daily at PopFi.