Fargo season 3 episode 8 review: Who Rules The Land Of Denial? 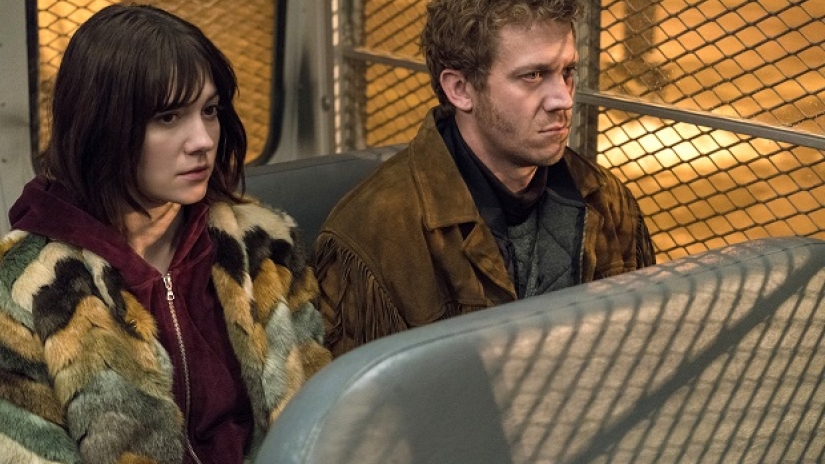 The latest Fargo episode is visually arresting, funny and terrifying in turns. Spoilers ahead…

This was very much an episode of two halves. The first half was entirely given over to the continued pursuit of Nikki (and her new accomplice in escape, Mr. Wrench, last seen in season one) by Varga’s trio of murderous henchmen. As a standalone piece of television, it was incredible stuff – visually arresting and funny and terrifying at turns. Filmed from a raw palette of dirty blacks and grimy grey, the chase appeared to be taking place in a haunted forest, replete with animal heads, crossbow hunters and decapitations, like something from the tales of the Brothers Grimm if they’d been animated by the German Expressionists instead of Walt Disney.

In narrative terms, the lengthy scene served to heighten the stakes through characterisation. What made the henchmen so determined to bag their quarry? Yuri, in particular, took to the hunt like a man possessed, pausing only to kill any potential witnesses and deal with the unexpected tenacity of Nikki and Wrench. For her part, Nikki emerged, bleeding bruised and broken from her ordeal but having proved her mettle and sheer determination. It made her conversation with Paul Maranne and her meeting with Ray the cat all the more effective, like it had been earned in blood.

That scene, was as odd as it was profound. The near empty bowling alley was an eerie location, like the Big Lebowski on the morning after the apocalypse. There was a sense that it was an Other Place, a limbo in which no one questions the customers on why they are covered in blood and are armed with crossbows. This feeling was confirmed by the reappearance of Paul Maranne, who has lost none of his knack for silent apparition and homely philosophising. Ray Wise was, as ever, a pleasure to watch, his gentle, avuncular tones providing a necessary sweetener to his somewhat dark tale. It’s a neat trick he pulled, coming across as kindly or threatening without actually changing his manner or tone, relying instead on the import of his meaning.

His stories, which encompassed soul transference, the life of Nachman of Breslov, the Massacre of Uman and a knowledge of Yuri’s cossack background, suggest an otherworldliness that is not uncommon to Fargo. Here, however, it seemed closer to the narrative than some of the show’s earlier quirks. Its central place in a deliberately odd episode only strengthened this feeling.

The second half of the episode was more formally straightforward, at least by Fargo’s standards. The creative decision to place Sy in a coma was a strange one; if there’s a need to pull him out of the picture (perhaps even temporarily) there are other ways to do it. In any case, his absence had the desired effect, removing the one check on Varga’s hold over Emmit and allowing him to take yet more control of the business and of Emmit’s life.

This made Emmit’s torments even stranger still. It would have been within Varga’s capacity to add the pictures of the stamp and the fake moustache. The salient question is why? What does he have left to take from Emmit, his mind? With two episodes left to go, it must become the pressing question of the season.

This made Emmit’s late switch all the more intriguing. His decision, not just to skip the sedative but to conceal the fact that he had done so, along with his arrival at the police station to ‘confess’, suggest a rebirth of agency that he had lost. His grief for his brother and for his part in his death is no doubt genuine. His distress at Sy’s condition is likewise authentic. Either of these would be sufficient to test the resolve of the most strong-minded of people. But Emmit is weak. Although not a completely bad man, he is too easily tempted (which is why he, rather than Sy, was the chosen mark for Varga). His relationship with his brother was dominated by others. He’s barely decided to to anything his entire life. Can he start now?

Read Michael’s review of the previous episode, The Law of Inevitability, here