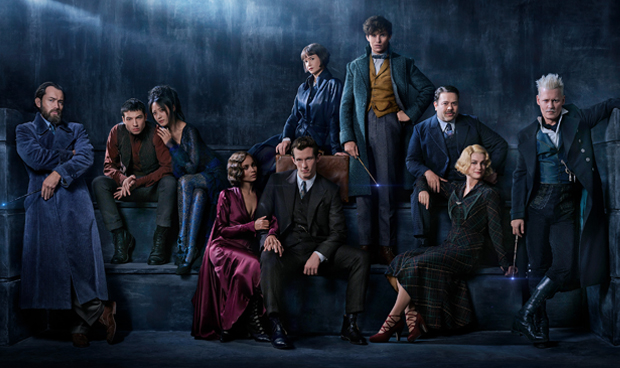 There’s been a notable amount of backlash in the land of Fantastic Beasts And Where To Find Them. Ever since it was revealed that Johnny Depp had been cast in the role of villainous Grindelwald in the movies – making his debut in earnest in next year’s Fantastic Beasts: The Crimes Of Grindelwald, no less – there’s been a degree of discomfort.

This centres around allegations of violence against his ex-wife Amber Heard. The pair divorced in January 2017, and no charges were raised. However, Heard had previously offered evidence via the media to back up her allegations.

Director David Yates was instrumental in the casting of Depp, and he’s addressed the backlash in a new interview with Entertainment Weekly.

“Honestly there’s an issue at the moment where there’s a lot of people being accused of things, they’re being accused by multiple victims, and it’s compelling and frightening”, he said.

“With Johnny, it seems to me there was one person who took a pop at him and claimed something. I can only tell you about the man I see every day: He’s full of decency and kindness, and that’s all I see. Whatever accusation was out there doesn’t tally with the kind of human being I’ve been working with”.

Yates cited too that many women had come forward to stand by Depp, adding “to me, it doesn’t bear any more analysis. It’s a dead issue”.

Fantastic Beasts: The Crimes Of Grindelwald is in cinemas next November.