Dredd: Karl Urban on potentially returning to the role 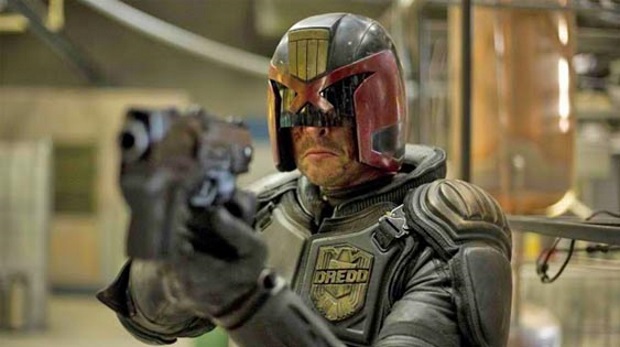 Karl Urban confirms his interest in returning to role of Judge Dredd, in the TV show Mega-City One…

It’s been over five years now since Karl Urban debuted his take as Judge Dredd on the big screen, in the much-loved financial disappointment, Dredd. Plans for a sequel, as you probably know, quickly petered out when the box office tallies came in. And in spite of a concerted fan campaign, it became clear that Dredd 2 wasn’t going to happen.

However, in recent times has come the happier news that Rebellion has been working on a television show that’ll be Judge Dredd-centric. And Urban has suggested in the past that he’d be interested in being a part of that.

In a new interview, he’s pretty much confirmed that now, albeit with a few caveats.

“Rebellion, who owns the rights to Judge Dredd, are currently developing a television series called Mega-City One, and I’ve had many discussions with them about my involvement of which I am interested, and I said to them, ‘listen, if you write a character that has a function and a purpose and contributes to the overall story, then I might be very interested in reprising that role’”.

He added that “I certainly wouldn’t want to step into it and just pay lip service to the movie. There has to be some material there that warrants further exploration of that character. So the ball’s in their court”.

Which sounds really quite promising to us. The plan with the aforementioned TV show is to start filming it next year, with the idea of getting it on screens in 2019. We’ll keep you posted as we hear more…