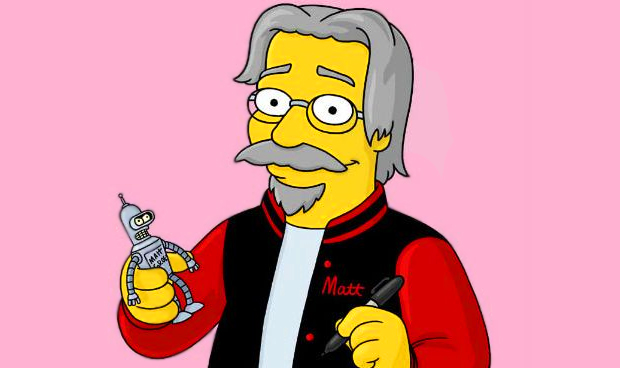 Netflix has given Groening’s Disenchantment a 20-episode order, to be released 10 episodes at a time. The series takes place in a medieval kingdom called Dreamland, inhabited by all your favorite Dungeons & Dragons and Warcraft-type concepts such as ogres, sprites, harpies, imps, trolls, and even walruses.

Of course, this locale will also have its share of human fools. The main story will center on the young, hard-drinking Princess Bean (Broad City’s Abbi Jacobson), who embarks on a series of (mis)adventures with her personal demon Luci (Man Seeking Woman’s Eric Andre) and a “feisty” elf companion named Elfo (Friends From College’s Nat Faxon). As Groening describes in a statement of the themes that Disenchantment plans to explore:

“Ultimately, Disenchantment will be about life and death, love and sex, and how to keep laughing in a world full of suffering and idiots, despite what the elders and wizards and other jerks tell you.”

Disenchantment will see Matt Groening serving as an executive producer, with his repertory cohort Josh Weinstein also serving in that capacity. The series is produced by The ULULU Company for Netflix, with the animation implemented by Rough Draft Studios, who worked on Groening’s Futurama, as well as Genndy Tartakovsky’s original Star Wars: The Clone Wars microseries.