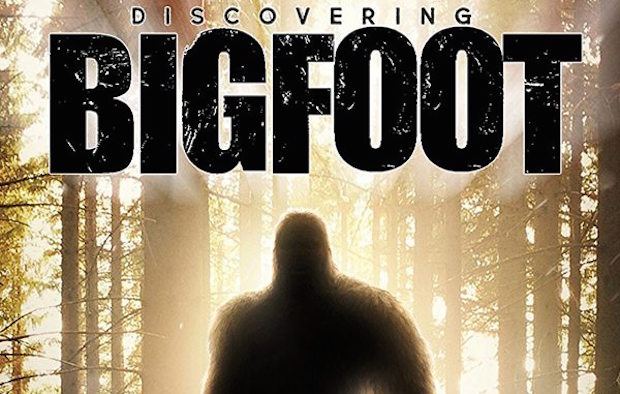 Prepare to feel real fear in Discovering Bigfoot, the new documentary coming to Netflix in December…

An intriguing new documentary is coming to Netflix UK in the middle of December: Discovering Bigfoot, which chronicles a three-day expedition into the heart of Sasquatch Country. The film uses scientific and systematic methods in a bid to confirm the existence of the American folklore icon, Bigfoot.

Here’s our primer on everything you need to know about the movie, and the Sasquatch species… Since this is a British website, it seems sensible to kick this article of with a quick paragraph or two about what Bigfoot actually is. Also known as Sasquatch, this creature is a huge part of American folklore. It is a giant, simian-like creature that allegedly inhabits the forests of the Pacific Northwest.

However, in the scientific world, many have discounted the existence of the Bigfoot creature. It has been said that the image above – which was taken in 1967 – shows nothing more than a man in a gorilla suit pulling a hoax. Other Bigfoot sightings have been reported over the years, but some naysayers believe that the people who claim to have seen Bigfoot may have actually just seen a regular black bear.

The lack of physical evidence is the main reason why it has been so hard to prove the existence of Bigfoot. Given that numerous Sasquatch creatures would need to exist to maintain a breeding population, it isn’t outlandish to think that they would have left some sort of tangible trail. However, all we have to go on after years of rumours are eyewitness accounts and the odd grainy photo.

Numerous films and TV shows have attempted to prove that Bigfoot exists in the past, and now, adding to that tradition, Discovering Bigfoot believes it has something special to offer.

How was the film made? Filmmaker and researcher Todd Standing, who was previously seen in the TV series Survivorman – Bigfoot, led an expedition into the heart of Sasquatch Country to film Discovering Bigfoot. Over the course of three days, Standing searched for evidence of Bigfoot’s existence with help from Dr Jeffrey Meldrum (a Professor of Anatomy and Anthropology) and Dr John Bindernagel (a wildlife biologist who has been searching for Bigfoot evidence since 1963).

According to some information we’ve been sent, over the course of the film, “new evidence is revealed through scientific, systematic, and logical processes” which proves “the existence of the Sasquatch species, modern day descendent of Gigantopithicus, a.k.a. Bigfoot”.

Indeed, Todd Standing and his cohorts have made some highly impressive claims about their documentary, with the trailers and promotional imagery for the film teasing an encounter with a creature that fits the Bigfoot bill remarkably well.

What does it include? According to the information we’ve received, Discovering Bigfoot features “never before seen Bigfoot footage that will shock the world”. Viewers will get to see no less than five “video encounters with the Sasquatch species”. One of these is described as a “terrifying altercation between Todd Standing and 3 Sasquatch creatures in the wild”.

Do we want to witness folklore coming to life and scaring the living daylights out of people? Of course! This sounds like something that we’ve got to see. The tagline for the film is “you will feel the fear”, and that sounds like a whole lot of frightful fun to us. Discovering Bigfoot will definitely be going on our Netflix watch-list.

Is there a trailer?

There sure is. Embedded above this paragraph is the dramatic trailer for Discovering Bigfoot. Betwixt some eye-catching images of the American wilderness, the interspersed titles at the start of the trailer promise “an historic expedition into uncharted land, where man’s greatest mystery can now be revealed”.

The trailer goes on to show some of the techniques deployed by the filmmakers, including sneaky camouflage, all-train travel and impressive surveillance camerawork. The trailer concludes with a 50x optical zoom shot, which captures images of a creature that appears to be Bigfoot.

So, is this genuine? “I am firmly convinced these are filmed portraits of the Sasquatch face”, says Dr Bindernagel in the press pack for the film. The party line about Discovering Bigfoot is that it contains genuine footage of the folklore creature that has – until now – evaded mankind’s cameras.

However, there are plenty of places on the web where people are calling into question the authenticity of the movie’s Sasquatch footage. As with every Bigfoot sighting claim in history, there are manifold people that believe Discovering Bigfoot is a hoax. I’ve read speculation that this film blends CGI with real footage.

However, it is clear that the camera crew encountered something while shooting. But it will be up to the individual viewer, ultimately, to decide whether they believe that Bigfoot is truly discovered in this movie. It’s sure to spark a big debate. And one other thing is for sure: the scares in this film, at least, seem to very genuine.

How do I watch it?

According to our sources, Discovering Bigfoot will arrive on Netflix UK on December 15th. It has a running time of 90 minutes. Shall we meet back here afterwards to discuss its scariness and legitimacy?