Destiny 2: hands on with the beta 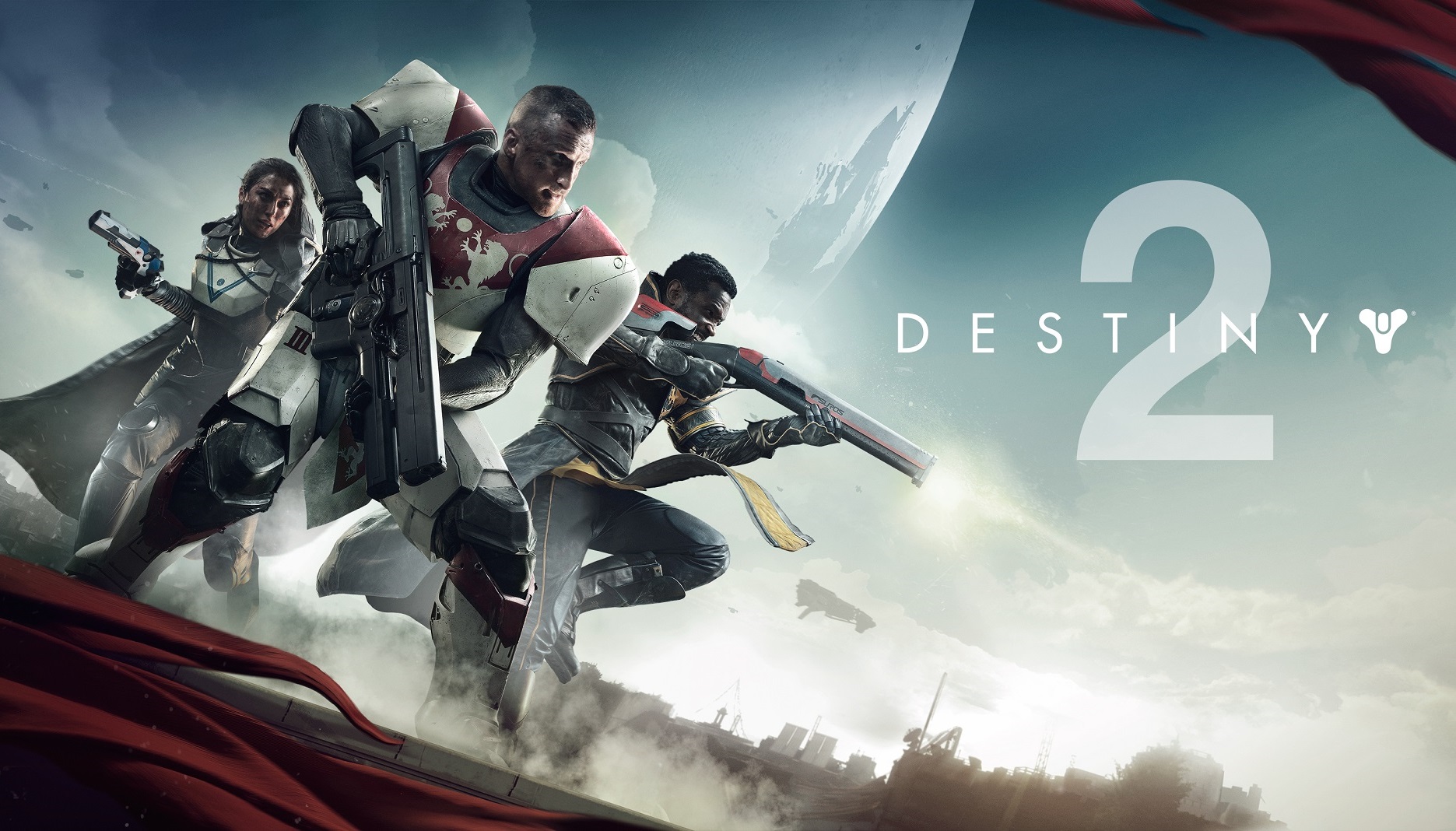 The beta of Destiny 2 opened last week, and we have a few thoughts…

I stopped playing Destiny about eight months ago, but despite that I’ve managed to clock in over 50-days of playtime! While many modern games struggle to deliver 15 or 20 hours of gameplay, I’ve spent over 1,200 hours in the company of my fellow guardians, battling through a confused and fragmented, yet ultimately compelling universe. Even when you consider that I would have spent around £125 on the game and expansion packs, that’s a pretty incredible return on investment.

When I finally kicked my Destiny habit I found myself playing some other great games that I may have otherwise missed – Zelda: Breath Of The Wild, Resident Evil 7, Dishonored 2, to name but a few – but as Michael Corleone once said, just when I thought I was out, they pull me back in!

This week Bungie opened the Destiny 2 beta and since Tuesday evening I’ve been reacquainting myself with the world I left behind all those months ago, a world that still feels as familiar as the one I wake up in every morning, filled with friends and clan-mates from across the globe. Yes, jumping into Destiny 2 this week felt like coming home – little wonder that the introductory story mission is called Homecoming. That opening story mission throws you right into the thick of things, with a faction of the Cabal having destroyed the guardian tower and much of the last city on Earth. One of the biggest criticisms thrown at Destiny was that the story seemed relatively inconsequential to the gameplay, and if Homecoming is anything to go by, Bungie has addressed that complaint in Destiny 2.

The three Vanguards play a bigger role in this opening story mission then they did in the whole of Destiny. As always, Nathan Fillion’s Cayde-6 steals every scene he’s in, but Gina Torres and Lance Reddick also provide some fine voice work as Ikora Rey and Zavala respectively.

As an opening scene, Homecoming certainly whets the appetite and delivers the promise of an epic tale that you genuinely want to experience. Is it up there with the opening of Uncharted 2? No, though there are few games with such lofty aspirations, let alone the substance to back them up. But what Homecoming does bring to the table is a feeling of engagement as opposed to the feeling of bewildered confusion that the Destiny story mode delivered.

When it comes to the volume of content available in the Destiny 2 beta, it’s easy to feel slightly short changed. There’s not a huge amount to get your teeth into – in fact the alpha build of Destiny provided a lot more to explore, but then it was also working from a standing start. The important thing is that the content that is there is very good. After you complete the Homecoming story mission you have the option of playing a three-man strike, or jumping into two different competitive multiplayer frag-fests. If you’re a veteran Destiny player, your friends list and clan affiliation will automatically appear in the Destiny 2 beta, so pulling together a fireteam wasn’t an issue. All the activities provide matchmaking, though, so even if you’re a lone wolf, you’ll be able to jump into any of the activities on offer.

Bungie promised that Destiny 2 would deliver a significantly increased sense of scale, and judging by the Inverted Spire strike that promise has been delivered. The battlefield that your fireteam is dropped into at the beginning of this strike is hugely expansive, and there are enemies lurking in every direction. You can happily spend your time taking out the assembled hordes or take a more focused approach and head down to the very challenging boss battle that awaits at the bottom of the map.

The Inverted Spire is a well designed and balanced strike that requires your fireteam to support each other if you hope to make it to the end – if this is a sign of what’s to come when Destiny 2 drops in September, the finished product will make guardians around the world very happy.

What may make Destiny veterans less happy is the new weapon structure. While your weapons are still separated into three different tiers, those tiers are no longer dictated by weapon type, instead it’s all about ammo type. The result is that your primary and secondary weapons are essentially the same, the only difference being that the secondary weapons dish out elemental damage – solar, arc or void – while the primary weapons don’t. That means that any weapon that isn’t of primary archetype resides in the ‘power weapon’ third slot – this used to be the ‘heavy weapon’ slot in Destiny, which included rocket launchers, heavy machineguns and swords. That third power weapon slot is now home to those original three heavy weapons as well as shotguns, sniper rifles, fusion rifles and the newly implemented grenade launchers.

It’s clear that the logic behind this decision was to do with balancing PvP activities – if you’ve ever come up against a team that sits at the back of the map with sniper rifles, you’ll know how frustrating it can be – but after all the ridiculous rebalancing of weapons in Destiny that seemed to happen whenever PvP players complained about overpowered guns, I’d have hoped Bungie would have learned not to risk spoiling the single player and cooperative campaign for the sake of PvP.

To be fair, I won’t say that the new weapon system spoiled the PvE experience, but then it’s hard to judge based on one story mission and one strike. It certainly feels as though weapon load-outs will be less strategic in campaign play now, though.

You still have the option to create three characters, which basically allows you to build one in each class – Hunter, Titan or Warlock. The three main classes are the same as in Destiny, and each class has two subclasses – ignore the complaints out there about Destiny 2 having fewer subclasses than Destiny, those complaining clearly didn’t play Destiny from the beginning or they’d know that the game launched with only two subclasses; the third arrived a year later with the Taken King expansion. The subclasses have been tweaked, but not excessively – each class has additional ability now, on top of the existing grenade and melee; the Titan’s shield wall is particularly cool. But the biggest change comes in the form of the supers. A defender Titan can still cast a protective bubble around himself and his team, but that now requires pressing and holding R2 and L2 rather than tapping them. Now, however, a defender Titan also has an offensive super in the form of a powered up shield that seems to have been stolen from Steve Rogers’ closet.

The biggest, and undoubtedly most contentious change to a super ability affects the Warlock class. The self-resurrection Radiance super is no longer available, replaced buy a flaming sword super which functions in pretty much the same way as the Titan’s Hammer of Sol in Destiny.

The lack of Radiance will be another major blow to serious solo and cooperative players – in Destiny you really didn’t want to start a raid without at least one Warlock in your fireteam, just in case. Some would argue that Bungie has removed a feature that was tantamount to cheating – and in the case of the Crota’s End strike it facilitated literal cheating – but others will see it as the removal of a feature that often made very tough strikes and raids slightly less frustrating.

There are two PvP options in the Destiny 2 beta, and both showcase just how good it’s going to be in the final game. I was concerned about Bungie’s decision to limit all PvP matches to 4×4, but in practice it works very well, and it’s far easier to get a team of friends or clan-mates together. Those changes to the weapon system really do have a positive effect on PvP, too, making it a far more balanced experience, and thus more enjoyable no matter what your skill level. In fact I’d say that if Destiny 2 was meant to be a predominantly PvP game like Call Of Duty or Battlefield, the beta is an indication that Bungie has literally knocked it out of the park. But that’s not what Destiny 2 is meant to be, at least not in my eyes or those of a great many veteran players.

Of course I need to remember that this is only a beta and it may not be telling the full story in how PvE will play when the full game drops, but I can’t see Bungie changing the weapon system back in the next six weeks.

So, the Destiny 2 beta has been a bit of a mixed bag – far better story integration, vastly improved environments and scale, excellent PvP, but a potentially worrying PvE experience. Of course my reservations about the beta haven’t dampened my desire to play the full game and September simply can’t come soon enough.