Deathstroke movie on the way from The Raid director 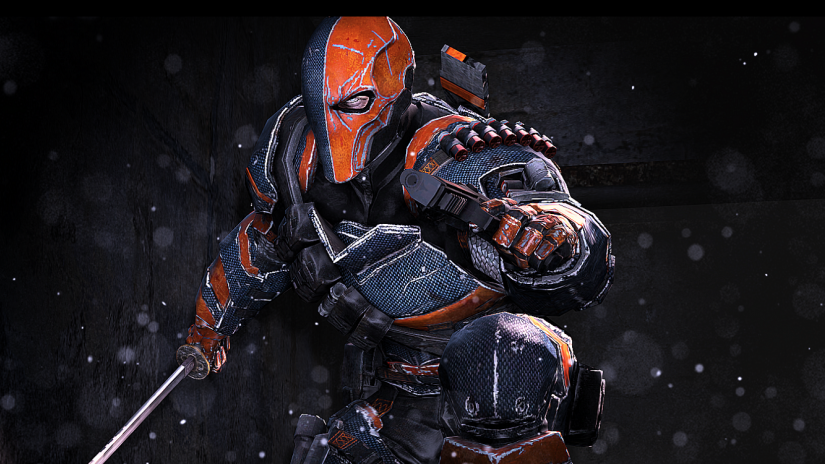 DC adds another film, with Gareth Evans set to direct a Deathstroke movie…

DC’s most formidable assassin is getting the big screen treatment. Slade Wilson, the super assassin who has menaced the Teen Titans on both the comic page and the TV screen, and who has become beloved as the best villain ever to grace the DC TV Universe on Arrow, is getting his own movie. According to THR, Gareth Evans, who knows how to do crazy action thanks to his work on The Raid films, will write and direct Deathstroke for Warner Bros.

Joe Manganiello will star as Slade ‘Deathstroke’ Wilson. Manganiello was first announced for the role as part of Ben Affleck’s solo The Batman movie, but that was several drafts ago, so it’s anybody’s guess whether Deathstroke is still part of the plan for that movie. Nevertheless, it was Affleck who revealed the first look at Manganiello as Deathstroke via some test footage he ‘leaked’ on social media last year…

Evans’ hire is another feather in the cap for DC Films, who have been touting a “filmmaker first” approach to building their DC Extended Universe of superhero movies. Deathstroke won’t be DC Films’ first journey into a ‘villain first’ approach to their universe, either. 2016’s Suicide Squad was a box-office hit, and has a sequel in development as well as a potential spinoff with a Joker and Harley Quinn movie. Furthermore, there’s another, unconnected Joker movie in the works, further showing that DC is willing to mine antagonists for maximum cinematic impact.

There’s no release date in mind for Deathstroke just yet. We’ll keep you posted as we hear more.