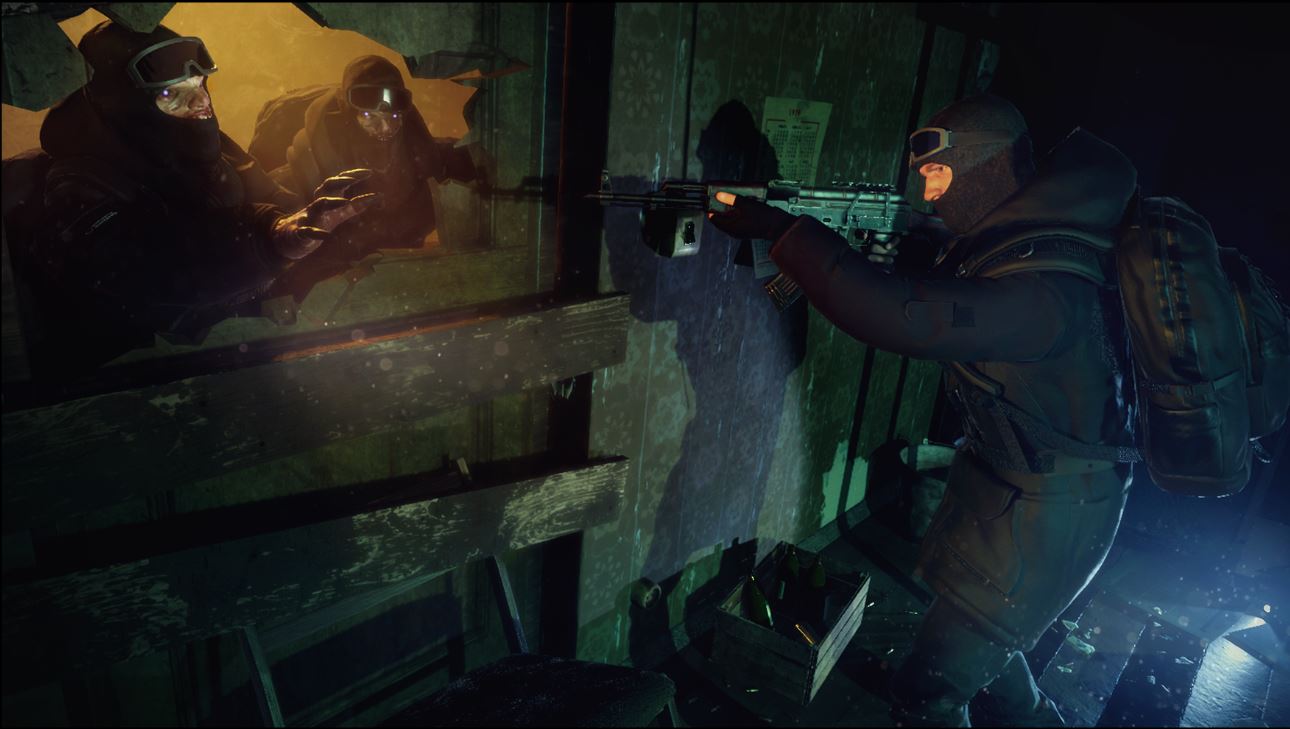 The thrill of watching your best friends return to life as zombies and hunt you down is perfectly captured in this trailer for the upcoming multiplayer title, Dead Dozen.

Dead Dozen comes to us from the developers of the isometric survival title, The Wild Eight. It sees a group of six player-controlled soldiers venture into zombie-filled locales and attempt to pacify the local hordes. Said hordes are actually controlled by an opposing group of players trying to get their undead heads on some sweet, sweet brains (and slightly less sweet limbs).

If you’re controlling a soldier, you’ll probably find that Dead Dozen plays remarkably similar to a Rainbow Six game. Soldiers will not only need to utilize superior aiming and advanced tactical maneuvers but will need to scrounge each area for additional resources. The loot aspect will probably be randomized like we see in games like PlayerUnknown’s Battlegrounds, but we suspect that operatives will at least start with a small array of weaponry and gadgets.

Well, at least not at first. Any soldiers that fall prey to the zombies will return to the game as zombies themselves. It’s not quite clear at this time what the end game scenario here is, but it seems that you either play until there are no humans left or until the last remaining human is the winner.

Dead Dozen is expected to release in an alpha state on January 8th. You can purchase access to the game’s alpha version via the game’s newly launched official website. If you’re really interested in the game, you can purchase a “Limited Supreme Edition” of the alpha that comes loaded with bonus features and incentives.