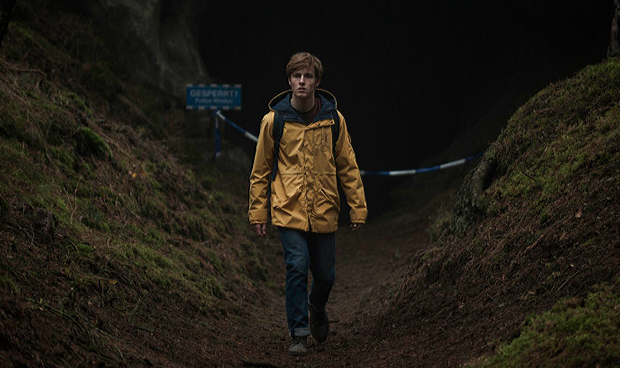 Netflix’s lineup of original television content is providing more than its fair share of shows that delve into dark atmospheric bleakness. However, the streaming giant’s imminently returning smash sci-fi series Stranger Things has undoubtedly put offerings of that ilk through a comparative lens, and the newly-released trailer for their upcoming German murder mystery thriller series, Dark, will, in some ways, evoke comparisons to that series, as well as the recently-revived Twin Peaks.

The series is set in the German small town of Winden that, for some reason, has been ripped apart at the seams in the aftermath of the disappearance of two children. Like the aforementioned Twin Peaks, the show’s deceptively simple status as a whodunnit quickly evolves, since the concept of time itself becomes a key constant in an evil equation that’s rife with diverse and disparate variables, an equation that’s affecting everyone in the humble hamlet in a circuitous, but steady manner.

Dark is the creation of director/executive producer Baran bo Odar, working off scripts by Jantje Friese. Bo Odar, a Swiss filmmaker, was behind the camera for this past January’s Jamie Foxx-starring crime thriller movie Sleepless, having also directed crime thrillers in 2014’s Who Am I and 2010’s The Silence.

Dark will make its mysteriously morose debut on Netflix globally on December 1st, 2017.