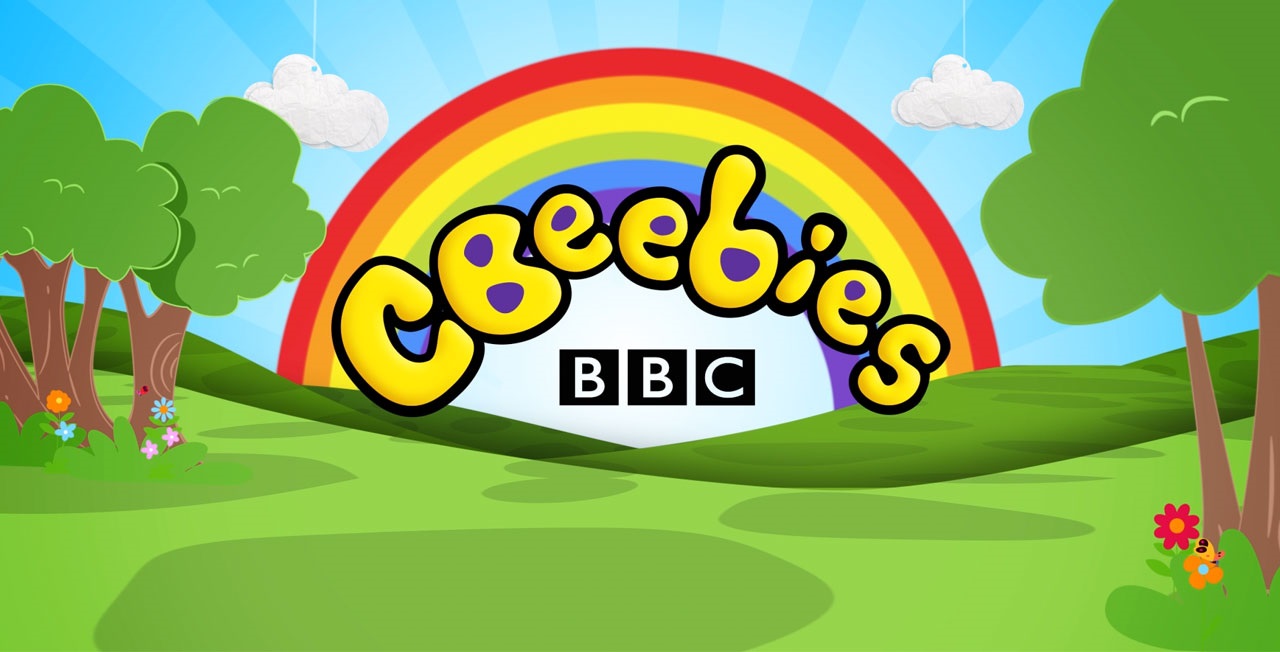 Are your kids Bing fans, or more partial to Sarah & Duck? We count down a dozen of CBeebies' finest…

There’s arguably no more important television than children’s television. Sure, you could be one of those parents who doesn’t let their child anywhere near a screen – but chances are, if you’re the kind of person to read Den of Geek, the idea of doing so would utterly horrify you.

Besides, children can learn so much from watching television – not as a substitute for actual parenting or schooling, of course, but as an addition to it. It can be damaging to rely solely on it, to park them in front of it for several hours a day – but in healthy doses, the window it offers into a wider world of experience and friendships is invaluable.

But not all children’s television is created equal, and in this multi-channel, streaming-led age, it’s all too easy to get sucked into a world of bad Youtube videos, schlocky CG product placement cartoons and shoddy live-action.

Thank the broadcasting gods, then, for CBeebies – a channel that, along with its elder stablemate CBBC, justifies the licence fee in its own right. Anyone who’s been a parent in the last fifteen years will have had cause to be thankful for it at some point – and whisper it, but at times, this pre-school-focused channel can produce material that’s entirely worth watching by adults. Not that you ever would if you didn’t have the excuse, but from those of us who do – trust us, a full season of Sarah & Duck is better than most things you’ll find on Netflix.

Picking a list of favourite shows among the channel’s current lineup is a thankless task that’s sure to lead to bitter argument among those readers who are also parents – so that’s exactly what we’ve decided to do. The hugely popular toddler rabbit might be an annoyingly whining little berk sometimes. That said, his show is one of the better ones out there for helping to shape the emotional growth of watching children, as every episode features a gentle lesson of some kind in how to behave with and relate to other people. Bonus points too for the calming, authoritative tones of Mark Rylance as parent/carer/whatever Flop, although we do wonder when he’s going to end an episode by saying “Shakespeare authorship controversies… they’re a Bing thing!” One of the channel’s longest-serving continuity announcers, Andy Day clearly loves time travel (he once went on Celebrity Mastermind with the subject of Back To The Future) – so it’s enjoyable seeing him indulge this whim. His live-action adventure-meets-teaching show has been through a few iterations – it started as Andy’s Wild Adventures and is currently Andy’s Baby Animals. But for our money it was at its best in these two versions, which saw him working at a museum and having to constantly solve missing-dinosaur-bone predicaments by going back in time via a magical grandfather clock. He seemed to rely on the time machine a bit too often, though, giving you the sense that he’d even hop back to the Cretaceous period just when they’d run out of milk. Go Jetters or Octonauts? It’s the eternal question. Both feature CGI animated characters going on adventures and defeating baddies using exciting technological vehicles – but while Octonauts takes place under the sea, Go Jetters is more about exploring worldwide geography. Octonauts has a distinctly Thunderbirds-inspired flavour that’s won it a lot of fans, but it does sometimes sail over the head of CBeebies’ younger audience – so Go Jetters gets the nod for having a bit more educational merit to it. This gently charming live-action series is basically how Bernard Cribbins wound his way down towards retirement, and it would be worth a place in this list for that alone (to say nothing of the fact that Freema Agyeman is also in it). But why it’s really here is because of one episode in particular – the 2013 Christmas special, written by none other than Russell T Davies. It will almost certainly show up on iPlayer again over the coming festive period, so we won’t say too much to spoil it, except that it’s completely RTD-ish, and so it’s bloody genius and it will make you cry. Justin Fletcher – aka Mr Tumble – stands astride CBeebies like a colossus, starring not only in Something Special (where he plays himself and his clown alter-ego) and the remarkably decent sketch show Gigglebiz, but also in this raucous mixture of live studio audience sitcom and variety show. Justin’s House is ridiculous nonsense, but is also actually pretty funny on a surprisingly regular basis – everyone involved is clearly having an awful lot of fun. Nobody moreso than Steven Kynman, who plays Robert the Robot – a masterful creation that basically combines Kryten, C3PO and Jeeves with an extra dose of neurosis, and is regularly one of the funniest things you’ll see on the channel. What if The Crystal Maze was aimed at five-year-olds, was pirate-themed, was presented by the most enthusiastic woman in the universe, had commentary from Conor McNamara off Radio 5 Live, and featured comic asides with a pair of bumbling crewmates and their stern captain? Well, then it would be Swashbuckle, and it would be brilliant. Which it is. A series of mini interstitials – no more than about three minutes long each – that occasionally pop up on the channel, Small Potatoes features a group of, well, small potatoes, who talk in childlike voices about a particular subject and sing a song about it. So why is it here? Well, because the songs are all pastiches of a particular genre or artist, and they’re frequently maddeningly catchy and infectious. Highlights include Science (which lifts from David Bowie’s Fashion), I Just Want To Be Me (which is basically a Ramones song) and Art (which sounds like something off the Transport Tycoon soundtrack). There’s not enough stop-motion around these days, and certainly not enough that follows in the fine Aardman tradition of mining the form for silent physical comedy. As such, if you’ve any interest in animation at all, you’ll want to give Twirlywoos a look – it’s a beautifully made series. It’s incredibly simple in concept – a family of four bird-like creatures live on a boat and each episode transport themselves into the ‘real’ world where they accidentally cause domestic mishaps for an unsuspecting live-action adult – but wonderful in its execution. There’s so much character in every visual and audio choice it makes, and as such it’s a lovely programme to relax and let wash over you. Basically the twenty-first century answer to Playschool, although sadly no longer seems to be getting new episodes made and so runs only in repeats. Presented by Chris Jarvis (who certain readers may remember from the CBBC Broom Cupboard and the likes of Fully Booked) and Pui Fan Lee (who used to be a Teletubby) it’s a charming and engaging half hour of play that feels like it represents all that is good and pure. For all that people grumble about younger generations as they get older, if the world of the future is one raised on Show Me Show Me, it won’t be all that bad. Even if CBeebies has otherwise never strayed into your sphere of consciousness, chances are you’ve seen Bedtime Stories talked about at some point. One of the greatest British institutions of them all, every night at 6.50 (after In The Night Garden, of course) a famous person reads a picture book. Simple as that, but it’s an essential part of the nightly routine for countless households. If there’s a British actor you like, chances are they’ve done a Bedtime Story – but of late, the show’s bookers have really upped their game, grabbing major US stars when they’re in town, with Chris Evans and Dolly Parton particular recent coups. And as for the trilogy of Tom Hardy episodes, you wonder at that point if it’s really the children it’s being made for at all… It’s fair to say that a good amount of children’s animation can feel… well, for want of a better phrased, tossed off a bit. That’s not to do down the amount of work that always goes into creating a programme – but let’s face it, sometimes a cartoon has clearly just been churned out to meet a deadline. But other times it’s been made with the utmost care and attention along every step of the way. Sarah & Duck falls resolutely into the latter camp. From the idiosyncratic stories and characters, to Roger Allam’s narration, to the utterly delightful and off-kilter music score, everything about Sarah & Duck is carefully wrought – to say nothing of how funny it is. You know that the people making it absolutely love what they’re doing, and that means you can’t help but love it too. It would be the best thing on CBeebies, and it would be a shoo-in for the Children’s BAFTA each year, were it not for… We’ve written about Hey Duggee on here before, so we’re possibly at risk of repeating ourselves, but here it is – Hey Duggee is not just the best thing on CBeebies. It’s not just the best cartoon on television anywhere right now. It’s one of the best cartoons ever. It’s clever. It’s funny. It’s charming. It’s good-hearted. It’s perfectly designed and just as perfectly animated. The voices are perfect. The music is perfect. Everything about it is perfect.

When we last featured the show, only its first season had aired – since then, we’ve had a good chunk of the second (annoyingly, CBeebies ration it out) and it’s only got even better, with masterpieces such as The Tadpole Badge (which features tadpoles becoming teenagers and going on gap years), The Making Friends Badge (in which the Squirrel Club have a Shaun Of The Dead-esque meeting with a counterpart club) and The Theatre Badge (which basically does West Side Story).

When it comes to kids’ TV, everybody thinks that the era in which they were children was the one that was the best. But thanks to Hey Duggee, it’s the kids growing up now for whom that will actually be true.