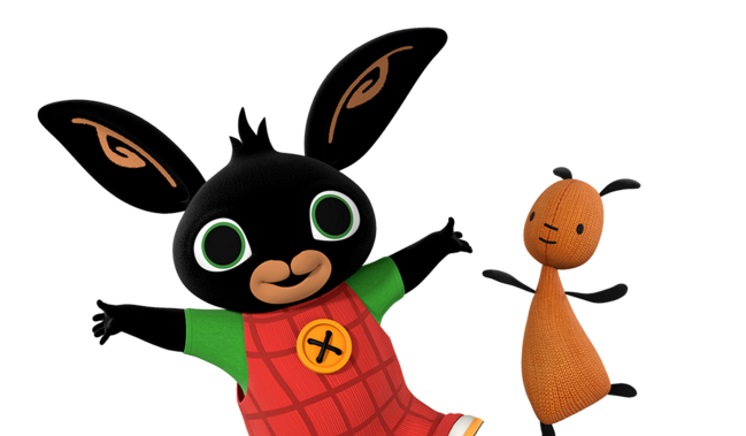 What exactly is Flop? Where are Bing's parents? We delve deep into the questions posed by the CBeebies Bing universe…

You may have noticed that on Den of Geek, some of us have started writing about kids’ TV from time to time. And we don’t just mean TV from our youths that we’re nostalgic for. We mean the stuff that’s actually being produced nowadays, for present-day kids.

It’s a signifier, of course, of the passage of time. This site is over ten years old now, and some of us have been writing for it for most if not all of that time. We’re all of us getting older, and some of us – who were able to spend our every waking moment watching superhero movies and playing games and collecting figures in our twenties – have gone and done stupid things like get married and have kids in our thirties.

And when you have kids, of course – unless you’re particularly strict about this kind of thing – you end up watching TV with them. And if you’re the kind of person who generally obsesses about the minutiae of pop culture and media, then it gives you a whole new world of stuff to pick apart.

Which brings us to Bing. Many of you may not have heard of Bing – but we bet a fair few of you who are in the same boat as us have also done. Bing (also known as ‘Bing Bunny’) is the creation of writer/artist Ted Dewan, and first appeared in a popular series of books before moving on to an equally popular TV series for the BBC’s pre-school channel, CBeebies.

Bing is a young pre-school aged rabbit, bursting with enthusiasm, who often gets into minor scrapes that result in him learning a lesson about a basic aspect of toddler life. He’s always accompanied by his guardian, Flop, who has the form of a small stuffed animal and is voiced by Mark Rylance – and who calmly and quietly imparts life lessons to Bing whenever he screws up (which is often), along with delivering the show’s catchphrase: “It’s a Bing thing!” And it’s Flop that brings us to the big question at the heart of Bing, one that’s been puzzling parents everywhere since the show debuted, and which we’ve set out to try and find an answer to. The question is this: what exactly is Flop?

Flop is not the only stuffed animal in Bing’s world, you see: all of Bing’s friends have similar companions. And while Flop appears to be loosely based on a rabbit’s form (he has long narrow ears), other ‘carers’ represent the animal friends that they’re with (so the one looking after Bing’s best friend Sula is, like her, an elephant).

But that’s not all: the town is populated with other stuffed animals taking the role of adults and assorted figures of authority – working in shops and so on. Never once, meanwhile, do we see an actual adult version of any of the animals that Bing and his friends are. Which makes us wonder – where are Bing’s parents? Is Flop one of them? And if not, what’s his relationship to his energetic young charge?

Many theories have been espoused about this (especially on parenting message boards, where Cbeebies shows are an endlessly hot topic), so here’s a run through a few of them:

The simplest explanation for Flop’s presence is that he’s a carer or babysitter who looks after Bing when the bunny’s parents are absent. This would explain why he’s a different species, and furthermore why Bing refers to him as ‘Flop’ rather than ‘Dad’ – it would also account for the world seemingly being designed for Bing’s size rather than the smaller Flop’s.

But if this is the case, why do we never see said parents? And furthermore, does that explain why all the other adults in the town are stuffed animals too? What are Bing’s parents, and indeed any other adult animals, doing all day? The fact that he (and indeed all the other adults) are small and softly-spoken would therefore serve a twin purpose: firstly, so that to young viewers they’re not loud, overbearing and frightening; and secondly, so that they represent Bing (and other pre-school-children’s) self-centred view of the world.

Alternatively, a theory espoused by fellow Den of Geek contributor James Hunt is that Flop and the other adults are actually the adult forms of the larger animal children – and that upon reaching puberty they enter a chrysalid state and emerge as these smaller, quieter animals with the voices of Shakespearean actors.

As strange as this may seem, there’s not actually anything onscreen that would contradict this as an idea.

But the most inventive – and terrifying – piece of headcanon has to go to a commenter on the popular #cbeebiesdarkthoughts topic named Abigail – who posited that “Flop is a figment of Bing’s imagination, created in his mind as a coping mechanism after all the grown-ups died from The Virus”. Which as far as ‘dark thoughts’ go is pretty much up there with the idea that Baby Jake’s oldest sister is actually his secret mother. One thing’s for sure: while the show will likely never actually explain this question (after all, why would they?) the ability of some of us to heavily overthink the fluffy nonsense created for their small children will continue unabated.
Come back soon to Den of Geek for our exploration of whether Sarah And Duck is actually the story of a single thirtysomething woman and her gay best friend…