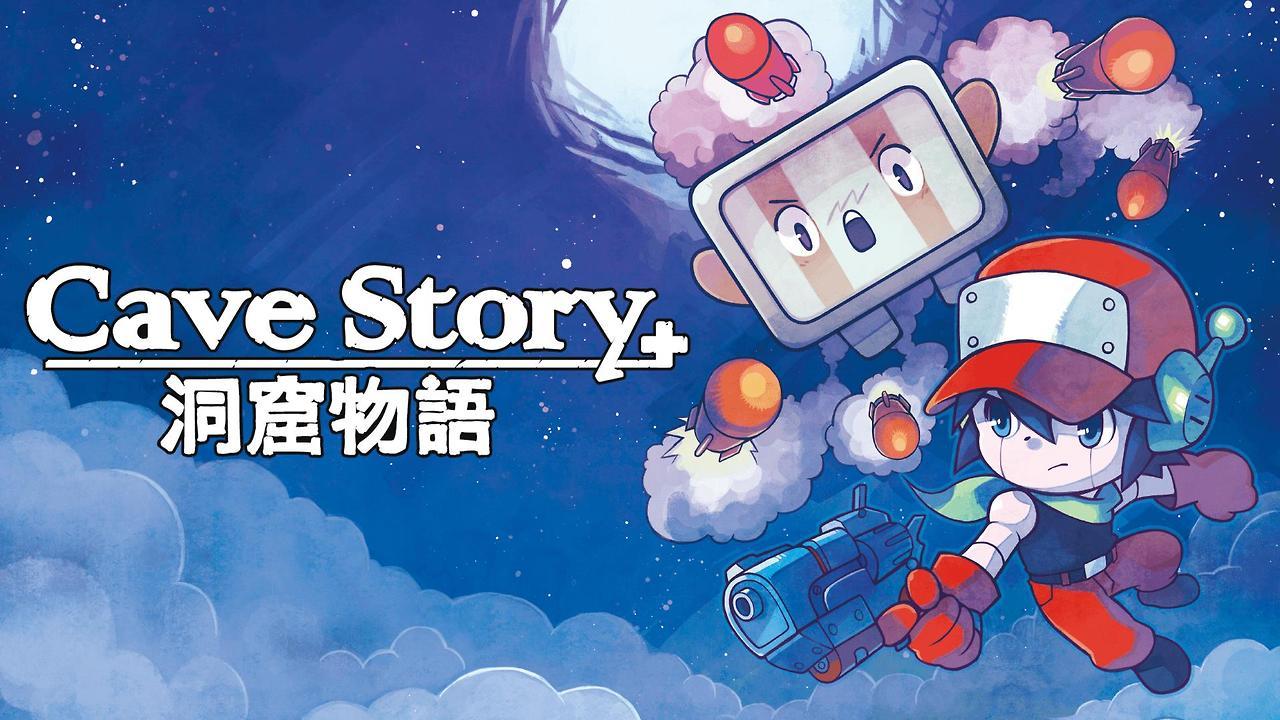 It’s freely available on the web, yet indie platformer Cave Story remains a must-purchase on consoles. And here’s why…

As the Joker himself once observed, “If you’re good at something, never do it for free.” Japanese indie developer Daisuke ‘Pixel’ Amaya clearly never got that memo because, back in 2004, he uploaded his PC game Cave Story to the web – in essence, he gave his magnum opus away for nothing.

Amaya was still in his 20s when he completed Cave Story, and the game was evidently a labour of love. For five years, he slaved away on its design in his spare time, drawing all the 16-bit style pixel graphics, laying out the interlocking maze of levels and even writing the music. The gameplay was informed by the classics from Amaya’s childhood like Metroid, Mega Man and Castlevania; before long, word spread about the Cave Story, and an English patch meant that it could be enjoyed by players all over the world.

In many respects, Amaya was years ahead of his time. Cave Story pre-dated the western indie revolution that would soon by hastened by such platforms as Steam and Microsoft’s Xbox Live Arcade (Steam launched in September 2003, by which time Amaya was already four long years into development on Cave Story). The game also came before such gems as Braid, Fez and Super Meat Boy – hit retro-themed titles that reintroduced the 2D action and graphics of 80s and early 90s videogames while adding their own modern mechanics. Like those games, Cave Story offers more than a shot of nostalgia – it’s also a stunning platformer in its own right.

Amaya may not have made much money from Cave Story at first, but its growing cult following has seen it ported to a number of other platforms besides its native PC; publisher-developer Nicalis brought the title to the Wii in 2010, the 3DS in 2011, and finally Nintendo Switch in the summer of 2017.

Aside from the slightly awkward-looking Cave Story 3D, which exchanged pixels for polygons and lost some of the charm and precision in the process, Amaya’s game shines in every format. Right now, though, the Nintendo Switch version might its definitive release. Not just because the physical version comes with some downright fabulous packaging (including a colour manual – something Nintendo’s now abandoned in its first-party titles) but because this edition of Cave Story + feels so at home on the Switch. Like Nicalis’ other releases of Cave Story, it subtly updates and polishes the backgrounds and music while leaving its mechanics otherwise intact; the Switch version also adds a nifty multiplayer version that works so well, it could have been planned as a bonus mode right from the start.

Above all, though, Cave Story feels like a classic Nintendo game: inventive, imaginative, and subtly off-kilter. Although it might be now lumped into the catch-all ‘metroidvania’ sub-genre, Cave Story doesn’t exactly resemble anything that came before it. Its controls are tight yet the floatiness of its jumping physics are initially disconcerting; its apparently simple shooting mechanics belie a quite complex system of varied weapons that gradually level up as you collect the bouncing energy jewels left behind by dead enemies. Collect enough of them, and the weapon currently equipped will become hugely powerful; take a hit, and you’ll get a downgrade in firepower as well as health. It’s an idea that, believe it or not, adds a bit of strategy to the mix of platforms and puzzles; not only is it advisable to keep switching weapons depending on the enemies you’re fighting, but it’s also handy to switch to weapons you use left often while jumping through difficult areas – all the better to ‘protect’ the guns you use most. Then there’s the story, which seems as influenced by classic anime as the staples of JRPGs. You play Quote, a little amnesiac robot who wakes up in a cavern with no recollection of how he got there. As the game unfolds, it emerges that you’re traversing a huge flying island populated by race of rabbit-like creatures called the Mimigas; an evil scientist known simply as the Doctor wants to harvest a type of red flower capable of turning the Mimigas into an army of vicious monsters. Initially, your job is to simply figure out how and why you’re on the island; as you explore and meet more characters, you become so engaged in the struggle between the Mimigas, the scientist and his various underlings – including a bullying yet oddly likeable giant toaster named Balrog – that defeating the bad guys becomes a more urgent objective. In fact, some of the friends you make in Cave Story are given such a hard time that getting to the end of the game can begin to feel like a revenge mission.

Admittedly, there are moments in Cave Story that give away its indie origins. Some of the puzzles are incredibly obscure, and it’s frustrating to encounter an area where it’s impossible to move forward without talking to the exact NPC at exactly the right time in order to unblock a barrier. Niggling rough edges like these may have been polished off by a larger team of developers. All the same, the scale and ambition of Amaya’s game remains extraordinary: it’ll likely take around eight hours to get to the final boss, and fulfilling all the objectives (some of which are again obscure) required to unlock an extra hidden stage at the end will take even longer. For the most part, the journey’s an absolute pleasure, too: from a simple 2D environment, Amaya crafts a convincing sci-fi fantasy world that feels at once hazardous and beguiling. One minute you’re engaging in battles against tiny monsters that leave power ups splashing all over the screen, and the next you’re rescuing lost puppies for a sweet old lady. Some scenes are thoroughly disarming, in that quintessentially Japanese, kawaii sort of way; others are unexpectedly moving. All of it’s underpinned by a difficulty level best described as harsh yet fair – you’ll need precise reflexes and timing to get through Cave Story’s most challenging areas, but the feel of the weapons and movement makes these challenges feel surmountable.

At the start of the game, Quote seems woefully vulnerable to just about everything he encounters; spikes and enemies sap his energy, and even dropping into shallow water will drown him after a few seconds. As the game progresses, though, the little hero amasses a pretty hefty arsenal of guns and rocket launchers; taking its cue from Quake, the fully powered-up machine gun allows Quote to briefly launch himself into the air. Once you’ve located a rocket pack, it’s possible to switch between bursts of machine gun fire and rocket boosts to fly between platforms with ease. Since 2004, we’ve seen a huge number of retro-themed platformers, including the aforementioned Braid and Fez; it’s a testament to Amaya’s skill that Cave Story compares so well to the best of them. Over the past decade or so, major developers, perhaps following the example of Amaya and other indie designers, have also begun to look back at their own legacy for ideas. This year’s Super Mario Odyssey made repeated and playful references to the original Donkey Kong and other 8-bit Mario games; Capcom’s finally returning to a much-loved franchise with next year’s Mega Man 11. There’s the growing sense that the industry as a whole, from small teams like Yacht Club and WayForward to larger firms like Nintendo and Capcom, is beginning to fully appreciate the richness of a relatively new medium’s history.

All of which brings us to a final, not unreasonable question: why pay for a 13 year-old game that’s freely available on the web? In this case, the answer’s simple: Cave Story is a small yet vital part of videogame history. Just as we’d happily recommend buying an Arrow Films Blu-ray of an 80s film like Videodrome, or an even older classic like The Third Man on the Criterion label, Cave Story’s one of those titles that belongs in a videogame fan’s collection.

Although its visuals and catchy chip-tune music shake hands with the past, Cave Story’s action and storytelling are nothing less than timeless.